HB’s Gillespie has that Cavalier spirit for CHaD Game 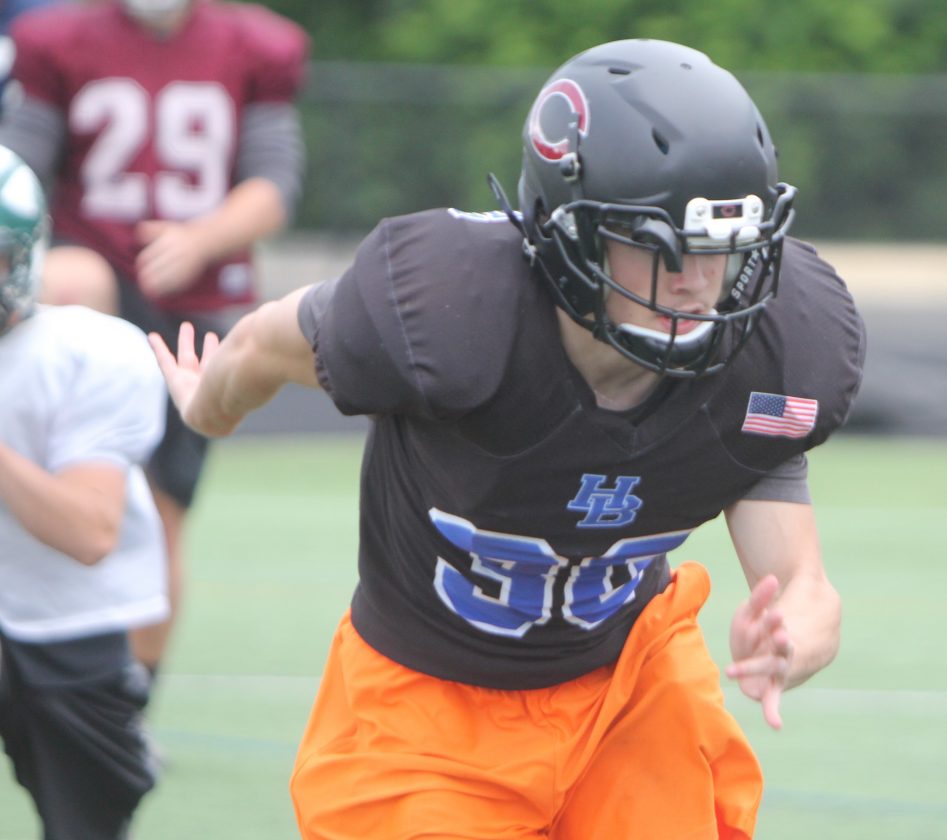 The former Hollis Brookline High School wide receiver/defensive back was thrilled that in January he became , as he tells it, the school’s first player to ever be chosen to play in the annual CHaD East-West All-Star Football Game.

And he feels he has something to prove because of it.

“I’m just excited to have an opportunity to represent my school,” he said. “There’s a lot of talented guys that have been through that (Cavalier) program and I don’t think we’ve been recognized. I want to show that HB can produce some kids.”

The Cavs have had their share of Shrine Maple Sugar Bowl players in August, but not the CHaD game. Gillespie feels HB has been overlooked even by opponents during his time there.

“These past few years we’ve been really good,” he said. “They’ve always not pegged us to be as good as we are and every year we’ve fought to prove ourselves.”

So he came to the first CHaD practice with a bit of an attitude. “I’ve been waiting for this all winter,” he said, noting that his mother got an email back in January.

In fact, Gillespie didn’t even know the CHaD Game was a possibility.

“I didn’t realize that CHaD was a thing,” he said. “I’ve heard about the Shrine Game, but not the CHaD Game.”

Gillespie was thrilled to be able to play in one more game. This will be it, as he made a major decision a little while ago and enlisted in the military, the U.S. Army to be exact. He’ll be reporting to Fort Jackson in South Carolina in mid-August.

He’ll need a haircut, though, but until reporting time, Gillespie will grow his already long locks. “I’m growing it out until I get the free haircut,” he said with a chuckle.”

But he’ll have that hair coming through his helmet on Saturday. Gillespie loves playing receiver; he studied the position and worked at it to become one of the better ones.

“Just having that drive, that competition, never allowing anybody to put you down,and figuring out a way to be better than somebody, regardless of the scenario. I definitely want to thank my coaches a lot; I went into high school at HB and never played receiver. They taught me there and I learned everything from those coaches.”

Gillespie got thrown in as a freshman due to injuries and he grabbed ahold of the job. “They just never took me out and I kept playing receiver since,” he said.

But he also had to play cornerback, which was the position he originally had began playing in youth football. He feels playing corner has made him a better receiver.

“It was easier to note things that tricked me when I was at corner,” he said. “It gave me an idea of how to be.”

“He was really good on both sides of the ball, DB as well,” Souhegan coach Robin Bowkett, a West Team assistant coach, said of Gillespie, whom he coached against the last couple of years. “He got injured in our game and it made things a little bit easier for us. But we were certainly worried about Mike.”

Actually, Gillespie was originally going to be a hockey player as a youth. But his mom missed the signup period, so he ended up signing up for football instead. And actually, that was in Nashua, as he used to live there, and played back then with current fellow CHaD West squad members and Nashua North alums Austin Ouellette, Garrett Hillard and Harley Ciardi in the PAL Force football program. His family moved to Hollis in the seventh grade.

“It wasn’t a hard transition,” he said.

But him enlisting may be for his family, as they were concerned. “But they support me now,” he said.

Gillespie went to a recruiting office in Amherst and has had all the paperwork done. Three weeks ago he went up to Portland, Me.to complete the process.

And as a result, Saturday’s game will complete another process – his football playing career.