Nashua South’s Marchand, Lewis sharp after one was of State Decathlon/Heptathlon 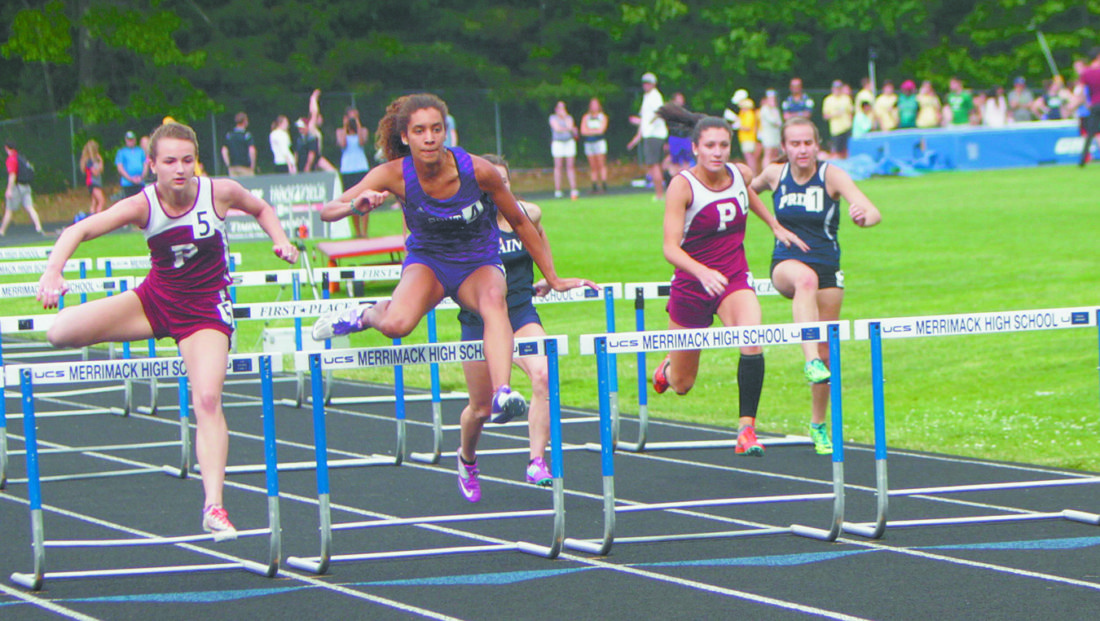 Staff file photo Nashua South's Sydney Lewis was third in the State Heptathlon a year ago as a freshman. She's gunning for the top spot this time around with the grueling competition on her home turf at Nashua High School South this weekend.

NASHUA – The 63rd Annual New Hampshire State Decathlon and Heptathlon has reached its halfway point and several local athletes remain in reach of topping the pack upon the completion of events on Sunday.

After four events in the heptathlon, Dominique Biron of Bow holds the lead with 2655 points, just 35 points ahead of Nashua South’s Sydney Lewis.

Biron managed to stay ahead thanks to her 10.02-meter result in the shot put, over two meters better than Lewis.

The heptathlon concludes on Sunday with the long jump, javelin and 800-meter race.

Biron holds the Division III record in the girls’ long jump, a 5.43-meter performance in 2017.

Still in the hunt, Alvirne’s Skyler Bomba (2350 points) finished the day in third, with Olivia Mazzerolle (2257 points) close behind in fourth.

Sunday may also bring a second Panther into the top ten, with Madeline Stevens concluding Saturday in 11th with 1923 points.

Stevens’ best result came in the 200-meter race, where she posted a time of 27.15″, good enough for sixth place.

In the decathlon, South’s Paul Marchand leads after five events with a score of 3136 points., followed by Lebanon’s Ryan Sullivan (2945 points) and Portsmouth’s Andrew Kelly (2923 points).

His worst performance came in the shot put, where his mark of 10.67 meters was only good enough for 12th, just under 3.5 meters behind Jared Dyer of Merrimack.

Dyer finished the day in seventh off that result, a top-five finish in the high jump (1.75 m) and a spot just outside the top ten in the long jump (5.14 m).