Cavaliers get ’em in and continue to win 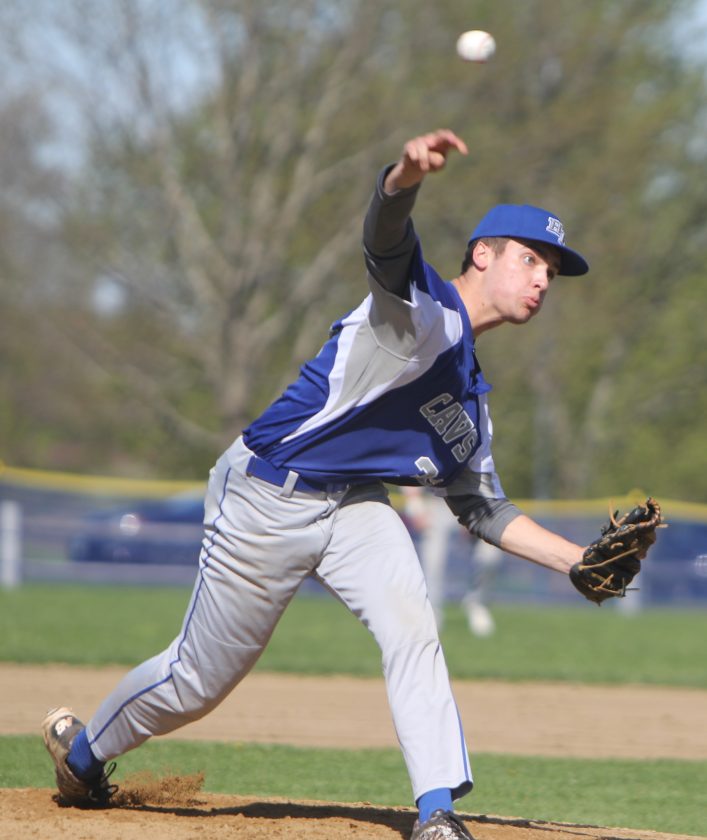 That’s the theme right now for the Hollis Brookline High School baseball team. They’ll get enough base runners, move them along, and get them home. It’s worked so far as they’re 8-1 in Division II following their fourth one-run victory of the season on Wednesday, 5-4 over Coe-Brown Northwood Academy.

“It’s a dirt dawg team,” Cavs first-year head coach Jay Sartell said. “They get runs when they need them, they do their job, we go into it thinking one inning at a time – winning innings, winning innings, and that’s how you kind of do it.”

Wednesday they won two innings and played to a draw in a third. They won the first when senior leader Joe Messina boomed a two-run homer over the fence in right center for a 2-0 Cavalier lead.

They played to a tie in the fifth when, after Coe-Brown knotted the game at 2 on a two-run hit by Matt Messenger, senior catcher Kyle Hsu boomed a two-run double in the bottom half for a 4-2 lead. And they won the sixth 1-0 when, with two on and one out, Coe-Brown’s Spencer Murphy booted Grant Snyder’s grounder to allow a run and make it a 5-2 game.

“They got some runs on some critical errors that we made today,” Bears coach Seth Wentworth said. “Our guys stayed composed and stayed at it. We came close. … But we’ve got to make the plays when we need to. They capitalized and we didn’t.”

The Cavs got five strong innings from starter and winner Henri Boudreau (three hits, six strikeouts). OK, you can’t win all the frames, and the Bears got two runs off reliever Messina in the seventh on an RBI groundout by McCusker and another run-scoring hit by Messenger. But Murphy lined to third baseman Max Mello with the tying run at third to end it and Messina wore a big grin. After a couple of seasons of losing the close ones, HB is now winning them.