Boys tennis takes another hit; this time in Milford 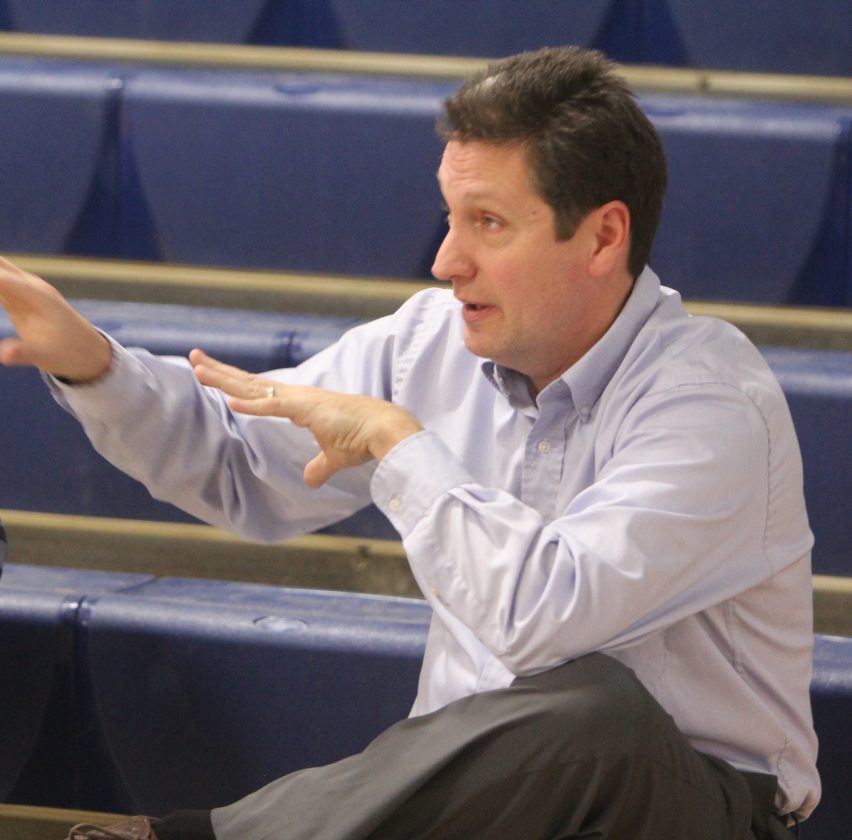 Telegraph file photo by TOM KING Milford athletic director Marc Maurais had to make the tough decision to pulll the plug on boys tennis after only three players expressed interest.

That call fell on deaf ears as far as any prospective boys players at Milford High School were concerned.

The Spartans administration, seeing only three student-athletes having any interest in playing boys tennis, cancelled the season recently.

The signs were there a year ago. The Spartans had only four players for an early season match a year ago, and had to default three ladder spots. In another, they just had five, but pulled out a win because the other team just had four.

But it was obvious something would have to change in the next year for the program to continue.

Last year’s team graduated four seniors, so if you just do the math, it was going to take a new wave of players to fill out a roster.

“Yes,”Milford athletic director Marc Maurais said. “We were concerned this was going to be the case as last year was difficult.”

Maurais said, after learning there were only three boys interested, that the decision was made in late February, because the New Hampshire Interscholastic Athletic Association and Milford’s scheduled opponents had to be informed by then.

Spartans boys coach Jean Marie Lambert would not comment, except in an email confirmed the news by writing “Sadly, Milford will not (be) fielding a boys team this year.”

Milford is the second area school to cancel its boys tennis season in the last year. Last spring, Wilton-Lyndeborough did the same thing and the Warriors aren’t fielding a team this year, either.

All the usual local high school girls teams are playing as scheduled, including Wilton-Lyndeborough and Milford. The only local school that doesn’t offer interscholastic tennis at all is Campbell.

Will it stay this way for Milford? Right now, it looks that way. Maurais was asked if he knew of any interest at the younger levels (such as middle school), and he replied via email, “Not that I’m aware of.”

And the fact that this is year one of a two-year NHIAA scheduling cycle makes it even more difficult, he said.

“This is the first year of a two-year scheduling cycle so to get a match schedule, we will need to show a strong commitment from a large number of boys.”

In other words, the other schools and the NHIAA don’t want to see Milford try to get back on schedule only to have plans fall through and leave other Division II schools in the lurch. Hollis Brookline, for example, appears to have picked up a second match with Bow to get a complete 14-match schedule. Other schools have done the same thing, playing another school twice, or will just play 13. Milford had been scheduled to face Windham in its opener next Monday, April 1.

“Anytime any sport is dropped at any level, it’s discouraging,” Hollis Brookline athletic director Rhon Rupp said. “For us, we lose a local opponent but hope this is a temporary situation.”

A lot of things will have to change for that to be the case.

Could this be a trend? Some coaches see it that way.

“It’s very disappointing,” one coach said, “as it is a lifetime sport.”

In case you’re wondering, the Souhegan boys and girls (vs. ConVal) and the Milford girls are the only teams set to open the tennis season on next Monday. All the other locals will play a week from Wednesday and on Friday, April 5.

Baseball, softball and boys and girls lacrosse begin their seasons the week of April 8 on various days.

There have been several baseball and softball coaching moves made in the past year with new mentors aplenty. In baseball, Hollis Brookline now has Jay Sartell running things, while Campbell has Drew Gora as the new varsity coach. Both had been involved in their respective programs in the past. Meanwhile, Merrimack’s new coach is Kevin Moyer, and, as has been written, former Sabers pitching coach Tom Walker took over at Souhegan in the wake of the retirement of coaching legend Bill Dod.

This is the season now when prep schools swoop in to woo some of the high school talent around the state. Most notably, any talk of Exeter High School repeating its Division I boys hoop title next year have been tabled with sophomore Josh Morissette announcing he’s transferring to Phillips Exeter.

Locally, there’s been a loss as Bishop Guertin High School junior football and basketball player Austin Hiscoe told The Telegraph he is transferring to St. Paul’s.

Football is Hiscoe’s best sport, as he had 119 receptions for 1,380 yards and 21 TDs in his three year varsity career at BG as a wide receiver, plus five interceptions playing in the secondary.

Hiscoe said he spoke with Cards head coach John Trisciani and the Trisciani was understanding and wished him the best.

“He is an exceptional coach and leaving him and my teammates before my senior year was the hardest choice I have had to make,” Hiscoe wrote in an email. “Being recently voted in as a two-year captain certainly didn’t make it any easier.

“On the positive side I am confident Bishop Guertin will have a great year, returning a deep and experienced senior class.”

Hiscoe said he obviously gave the decision a lot of thought and “It simply became clear that the decision to transfer is in line with both my athletic and academic goals. … As I told my teammates, I certainly didn accomplish (his stats) alone. I will always have my teammates and coaches to thank.”