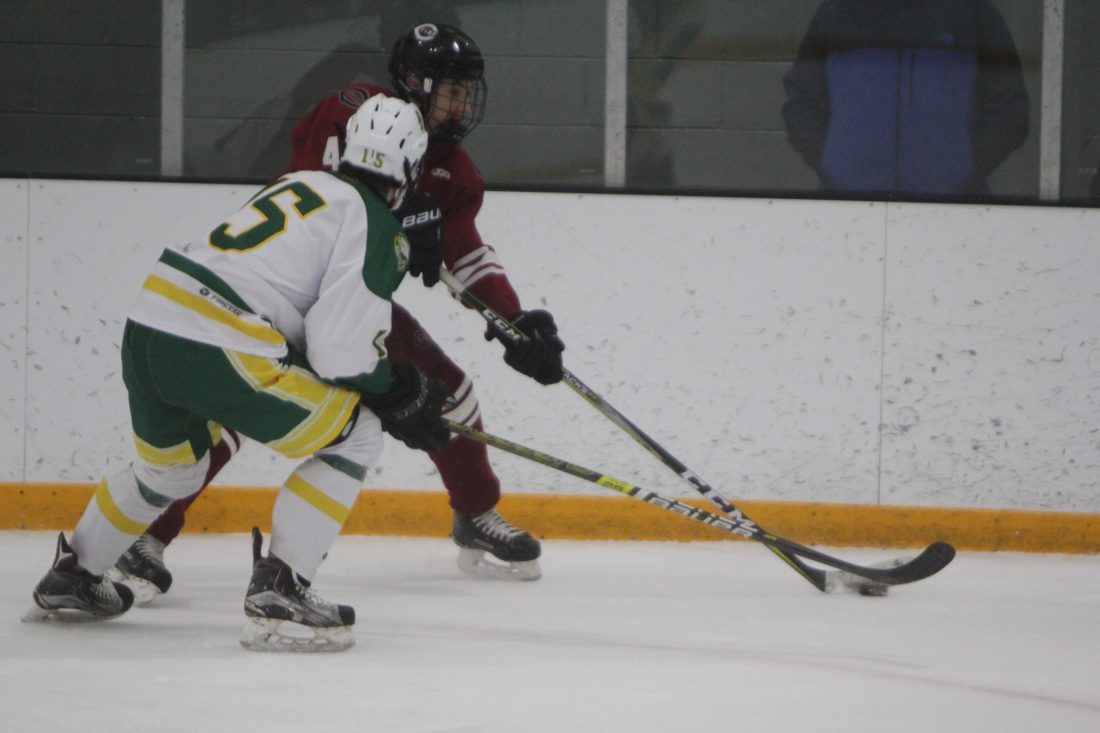 Get in the Division I tournament, and hopefully get a home preliminary-round game.

That got a little tougher to attain after Saturday night’s 5-4 loss to Concord at Skate 3 Arena, as BG is now 8-8. The Cards will likely get in, but all bets are off after that.

Problem: It’s a young team, loaded with sophomores, and other then a win two days before Christmas over Hanover, the Cards haven’t been able to beat other top teams and also stay out of the penalty box. Neither happened as the Tide (12-3) jumped out to a quick 2-0 lead by midway into the first period. Guertin took seven penalties in the first two periods, eight for the game.

“We had a lot of chances,” Guertin coach Gary Bishop said. “Take away a couple of soft goals, we’re right in the middle of this thing. I didn’t come out of here thinking we were blown away.”

A couple of BG goals in the final 1:30 made things interesting. Ben Young had two goals to pace the Cards.

“I thought we played pretty well 5-on-5,” Concord coach Duncan Walsh said. “I thought we were a little loose defensively, but it was a good win for us.”

The Tide settled for just those two goals in the first, coming from Devin Philbrick and Shane Riley, who had a goal and two assists.

They got the first of two Kyle McKinnon goals 35 seconds into the second to lead 3-0. BG countered with a Pat Madden unassisted goal at 2:27, but McKinnon frustrated the Cards by beating netminder Nick Hall again at 5:44 to make it 4-1. Hall (10 stops) exited thereafter in favor of Chris Sullivan.

However, Guertin’s Ben Young, who was robbed by Tide netminder Parker Taylor (18 stops) on a shorthanded breakaway in the first period, connected on another at 9:30 of the second to keep the Cards in it, 4-2, heading into the third. Mark McGaughey got the assist.

Concord’s Cam LaRiviere pounced on a loose puck turned over in front of Sullivan at 3:40 of the third to make it 5-2. It stayed that way until BG goals by Mike Kiely (assitst to Derek Amaral and Cronin) with 1:27 left. Young made it 5-4 with 5.6 seconds left, assist to Aidan Wilkie.

“We’re hanging in there,” Gary Bishop said. “Penalties killed us.”