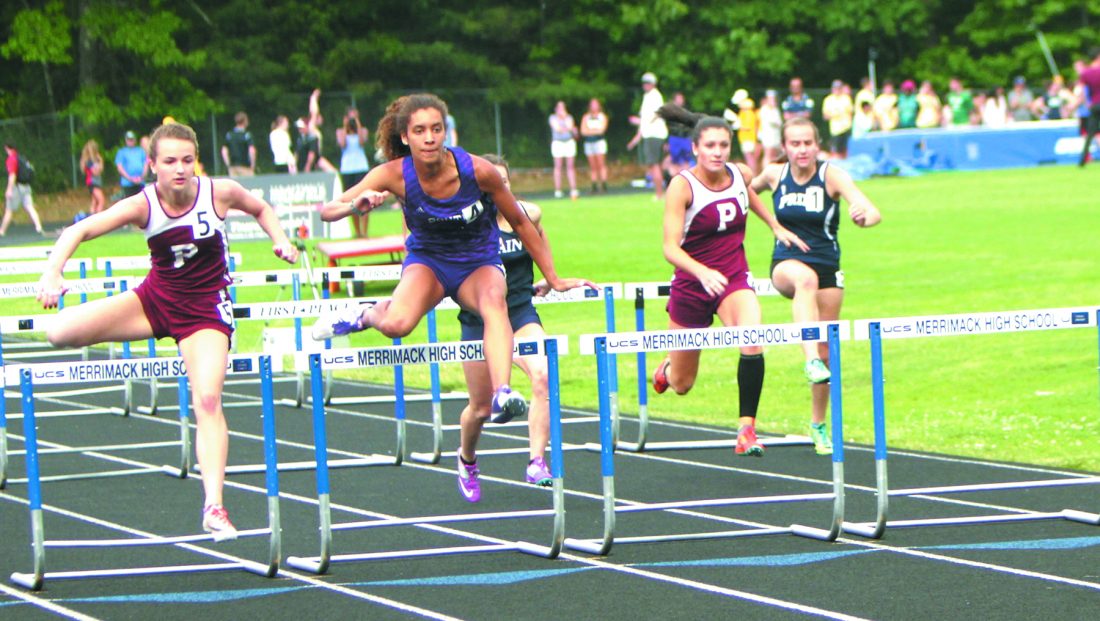 One year ago, Super Sunday just was not “super” for the New England Patriots. The same could not be said for the region’s girls indoor track contingent.

Their performances at the 2018 NHIAA Indoor Track state championships on the same day the Eagles stunned the Pats bordered on flat-out phenomenal, what with the Souhegan girls defending their state title in a thriller over Milford by a couple hundredths of a second in Division II and area athletes absolutely owning the podium throughout the day at Dartmouth College.

Are we in for a repeat performance on Sunday? Pats fans are lobbying hard against it. But on the boards at Leverone Fieldhouse? We could be set up for a similar smashing day.

The Division I meet commences at 10 a.m. on Sunday morning with the Division II action kicking off, so to speak, at 3:30.

“It’s going to be a tight meet, I know we are all very excited about it,” said Nashua South speedster Sydney Lewis. “There are a lot of great athletes back. It’s crazy.”

On the girls side, five area performers are qualified to defend their own individual titles on Sunday.

That number leaps off the page.

Speaking of leaping, the high jump and long jump pits should be hopping on Sunday morning as area athletes take charge.

South’s Lewis leads a long list of potential power players. A year ago as a junior, she captured the high jump, took second in the long jump and was third in the hurdles.

“I think I’ve had a pretty good indoor season,” said Lewis. “I’m hurdling a lot better than I ever have.”

The Panthers’ star qualified again in all three and will add a leg in the 4×200 to her busy Sunday.

“I love the hurdles and high jump duo. Long jump, I’m a little nervous for. I haven’t done it for a while,” said Lewis, who recently committed to follow in her big brother Keith’s footsteps and attend UMass Lowell.

“I’m hoping for good times and to do my best.”

Last year’s long jump was an absolute battle, and all four top finishers, separated by 3.25 inches in 2018, are back.

Defending champ Abby Coy of Nashua North nipped Lewis by two inches, and both Bishop Guertin’s Grace Jones, who was third, and South’s Julia Zhang, who took fourth, all could be heard from again.

“We were all seeded lower than we were, we all jumped that out of nowhere,” laughed Lewis. “It was really close last year, and hopefully it will be again.”

Speed should not be an issue either, starting in the sprints.

Merrimack’s Johanna Koroma is back to defend her title in the 55 meters after reaching the 2018 finals as the No. 3 seed and then stunning the field for the win.

Alvirne’s Dominique Milinazzo won the 600 state title last year and is again qualified with the No. 9 seed.

And Bishop Guertin’s Cameryn Nichols took home the 55 hurdles title as a junior. She’s back, seeded first ahead of South’s Lewis, this time around.

One wild card in the Division I meet is the presence of Nashua South’s Cali Coffin, the sophomore, in the 1500-meter field.

Coffin missed the final month of cross country and nearly all of the indoor campaign with a leg injury. She qualified for states with her only indoor run Sunday at UNH and is the fifth seed in a potentially stacked 1500 field.

Remember, as a freshman, Coffin was second in the 1500 and 3000 at states to Exeter’s Jacqueline Gaughan (now a freshman at Notre Dame).

Bishop Guertin expects to rack up points in the distance events, too.

Junior Caroline Towle hasn’t lost a 3000-meter race in New Hampshire this winter and she’s a podium threat in the 1500 as well.

Classmate Caroline Fischer is the reigning 800 state champ outdoors and D-I cross country champ. The Cardinals junior ran a 2:56.09 early in the winter campaign and that’s better than five seconds faster than any time her nearest challenger has posted.

Any boys titles won by the Division I local contingent on Sunday would have to be considered a bit of an upset.

Some athletes to watch include:

North’s Triston Delicema, who is the top qualifier in the long jump and was second in the event here a year ago.

South’s Paul Marchand, the No. 2 qualifier, in long jump.

In the afternoon session for Division II girls, there are no returning indoor state champs from the region. But that doesn’t mean there will not be

Reigning long jump champ Viankah Williams won’t be there to defend her title, but Milford sophomore Renee Wilson, second in the event a year ago, appears ready to answer the call for the Spartans. She’s the top seed.

Also ready to score for Milford are high-jumper Leslie MacGrath and shot-putter Robyn Krafft. Each is a No. 2 seed coming in.

If you’re looking for a sleeper, try Campbell’s Tori Allen, who despite being immersed in basketball this winter, has qualified in the hurdles, high jump and long jump.

The sophomore Allen was second in the high jump last year.

Another leaper to watch could be Souhegan’s Hannah Rowe, who was fourth in long jump a year ago.

For the Boys, Milford’s Victor Garcia is the second seed in the long jump. 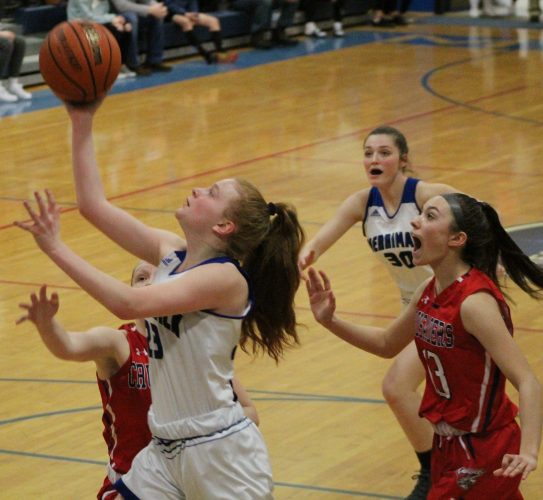 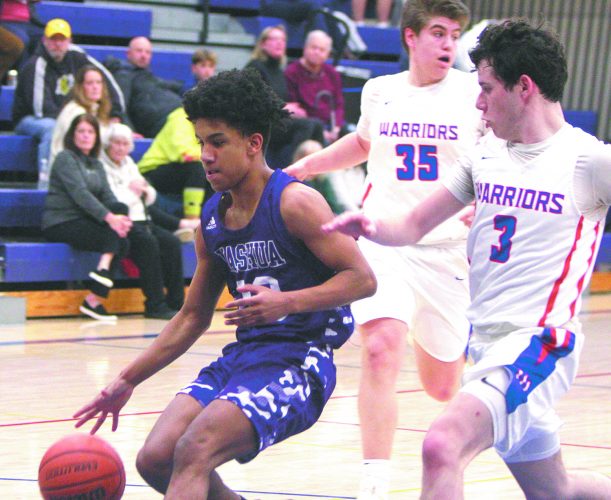