Cardinals, as expected, cruise past Saber-Titans 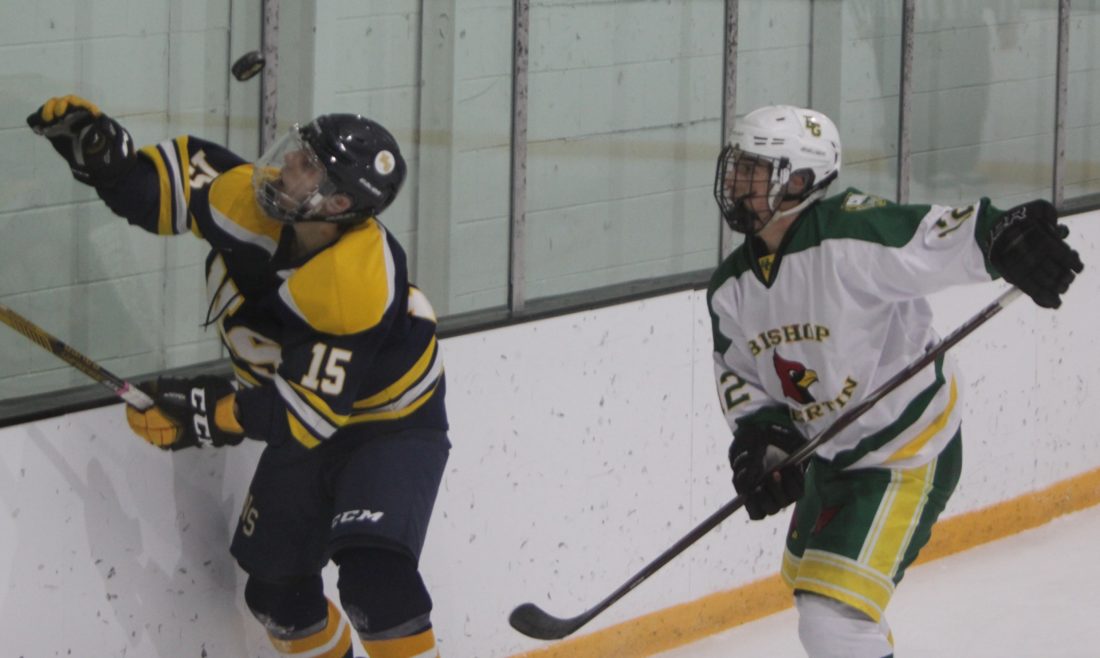 TYNGSBOROUGH, Mass. – That 0-2 start for the Bishop Guertin High School boys hockey team seems like a zillion goals away.

Back then, the Cards were having trouble putting the puck in the net. Right now, after an 11-0 win over Nashua High School North-Souhegan Saturday at Skate 3 Arena, they have 21 goals in their last three games.

And on Saturday, the Cards, now 5-2 in Divison I with five straight wins, had nine different scorers, as Declan Wilkie and Ben Young were the only ones with a pair.

It was a tough day as expected during a tough stretch for the 2-6 Saber-Titans, who after beating Manchester Central 11-3 right before Christmas have had to run a gauntlet of Windham, Hanover, Exeter, and the Cards. And then it’s Concord on Monday.

But they are learning something, said N-S coach Josh Lavoie, who had a homecoming of sorts after spending seven years as the Cardinals JV coach.

The Cards didn’t waste any time, as Michael Kiely scored just 1:09 in, and they made it 2-0 on a Chris Kiely goal, followed by a shorthanded tally by Mark McGaughey to close out the first period scoring.

John Casey and Robbie Morel split time in goal for North-Souhegan, while Chris Sullivan had eight stops to record the shutout for BG.

With Concord ahead on Wednesday, Bishop hopes his team’s assault on the net keeps paying off, too.