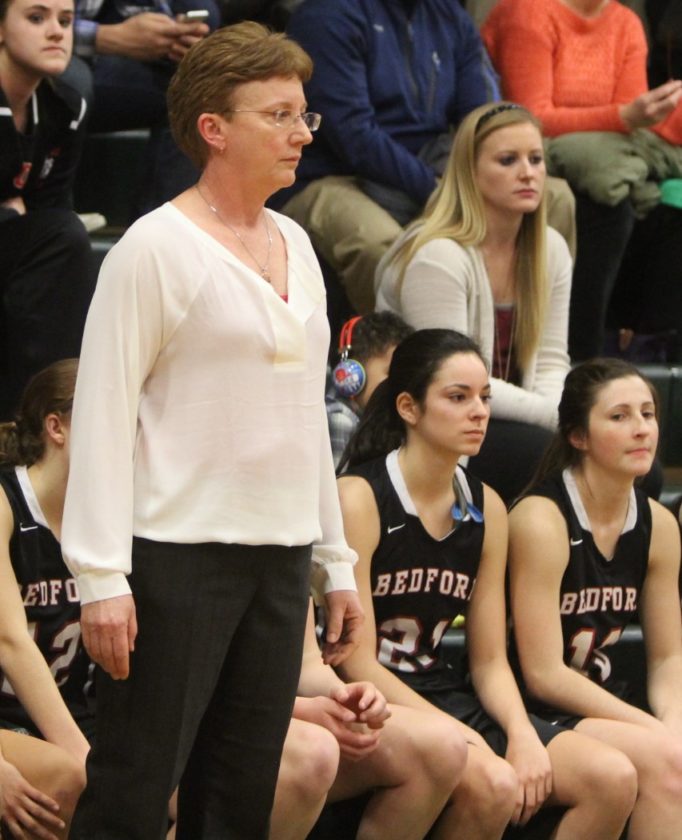 One of Bishop Guertin’s biggest girls basketball rivals has a new head coach.

In an unusual in-season move that had been strongly rumored for over a week, Bedford High School dismissed girls basketball coach Sue Thomas and elevated assistant Kevin Gibbs to the head job for the rest of the season.

Bedford’s girls program thrived under Thomas, but lately ran into a roadblock when it came to Guertin, losing in the 2016 and 2017 Division I finals and, in an upset, last year’s semifinals.

Ironically, her last game as the Bulldogs

head coach came in a 58-26 loss to the Cardinals in Nashua on Dec. 21. The next day, sources said, Thomas held a practice that left a handful of players upset, and that’s when players and parents complained to the Bedford administration.That was her last day coaching, as Gibbs coached the Bulldogs in the Salem Blue Devil Classic.

Last week Bedford AD Corey Parker, when asked in an email by The Telegraph if the rumors of Thomas out and Gibbs in were true, Parker said “I can confirm the rumor is not true.”

However, that was reportedly because nothing had been official, as Thomas had reportedly stepped away voluntarily from coaching the holiday tournament but did not resign. But with the regular season resuming Wednesday, a decision had to be made and reportedly, after the administration fully investigated the complaints, she was fired.