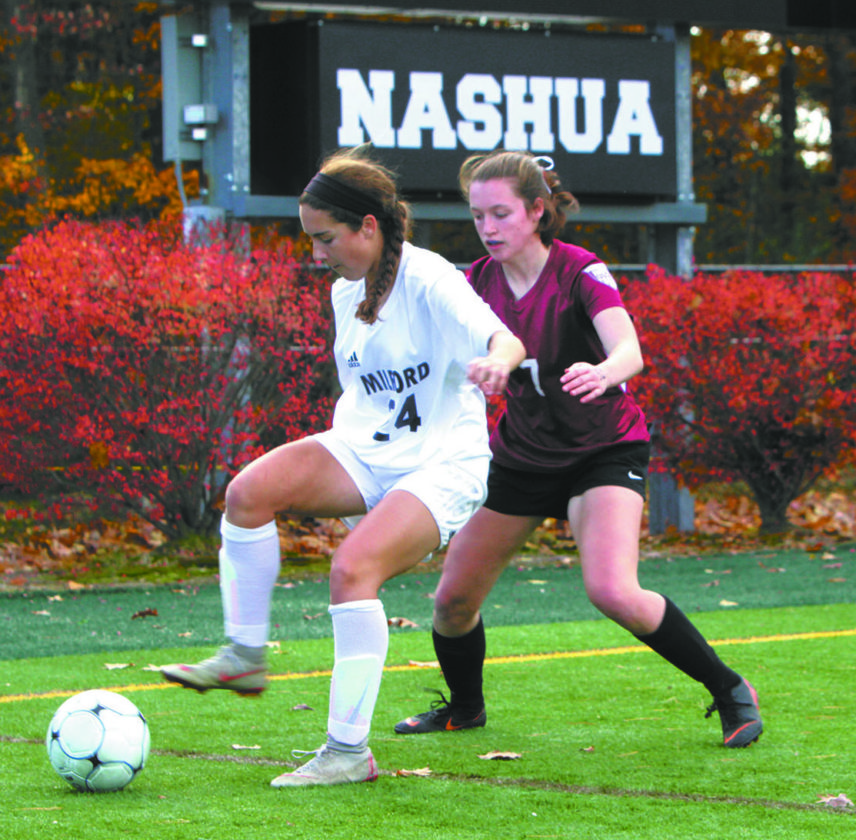 As if the concept of settling a state championship on penalty kicks wasn’t inherently cruel enough, Milford High’s anguish was taken a step further Sunday afternoon here at Stellos Stadium.

The difference between the Division champ and runner-up plaques between No. 6 Hanover and the No. 5 Spartans came down to a pair of unkind bounces off the iron as after 100 scoreless minutes, the Marauders laid claim to the state title, their second in four years.

Fate seemed to let the Milford High girls, who finish this wild ride at 12-4-4, almost immediately what it had in store for them.

Leadoff kicker Sophie Grill perfectly struck a laser that ricocheted off the cross bar down inches in front of the line and out.

Needing an answer, Milford got clutch goals from Aspen Tlapa and Ashleigh Matsis.

In between, though, Syd Thibault’s bid for the left corner rung off the post.

Keeper Katie Lorden gave her team a chance with a save, but the final ball struck on the Division II season was corralled by Hanover keeper Isabella Bardales, giving Hanover the crown.

“We played exactly how we wanted to,” said Matthews. “We put some shots on. We did everything but put the ball in the back of the net.”

Each team had chances throughout with each defensive line standing tall when it needed to.

Lorden delivered the save of the day, punching a shot from close range just over the bar, keeping it scoreless in the 15th minute.

In tne crazy sequence in the final three minutes of the first half, Milford hit the post on one end of the field, only to see Hanover’s second-best chance of the game, glance off the crossbar and out.

It just wasn’t meant to be.

“I think we had the game from the start. It was just tough to finish,” said Lorden, the senior who made just so many big stops over the tournament run. “In the end it just didn’t go our way. I know all of these girls worked their (back sides) off the entire game, and no matter what the outcome, I think we deserved it.”

Now Matthews will have to replace an extremely special senior class.

“They’re an awesome group, awesome girls, maybe the best group of girls I’ve been able to coach,” said Matthews. “This is a group that started winning championships in middle school. They are so connected to each other. They’re just a good group of girls. I really wanted this for them, just because I felt like they deserved it.”