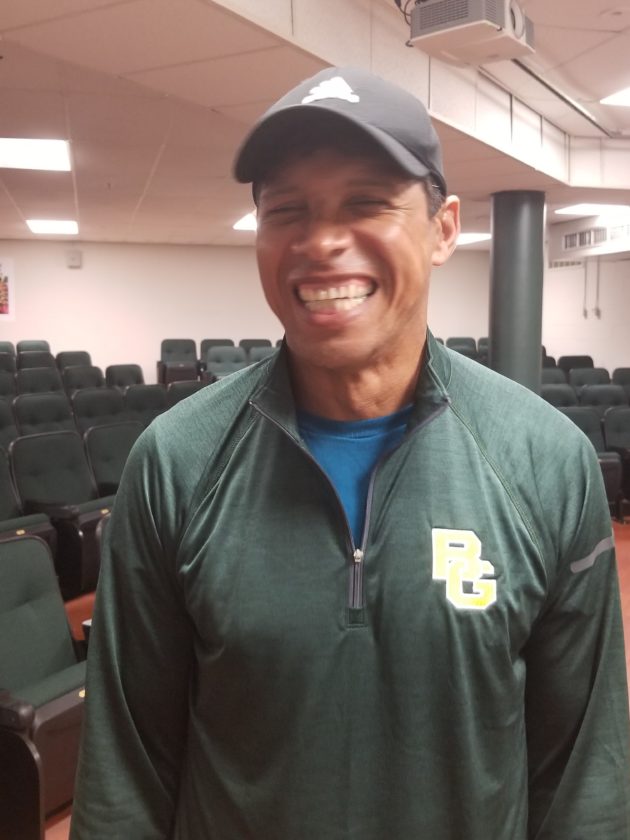 NASHUA – It was getting down to the wire, and the Bishop Guertin High School athletic administration was getting understandably concerned.

“We were really fortunate,” Guertin assistant athletic director Steve Duprat said. “We did pretty good for being so late in the game.”

Roque, a known fitness instructor in the area and former professional soccer player from Brazil, lives locally and was familiar with Guertin as his nephew graduated from the school a couple of years ago.

“Some clients I had have had kids here,” said Roque, who lives in the area and has also trained a couple of athletes at the school. “It’s perfect.”

Roque, more well known as “Rocky”, replaces Ilir Ukaj, who got Guertin to the tournament with a 6-9-1 mark two years ago but last year the Cards slumped to 2-13-1 and missed the Division I tourney altogether. Ukaj stepped down late this past spring to take a job in Massachusetts.

Roque has had success on the high school level in the past.

“Most everywhere that I go, I turn everything into gold,” Roque said, and he may be right.

In his second year at ConVal, he took the Cougars to the playoffs with a 15-1 mark, their only regular season loss to eventual champ Goffstown. They had 30 players when he started, and he built the numbers to up over 50, to the point that the school had to go with three teams (varsity and two sub-varsity).

“I like to attack,” he said of the style he wants the Cardinals to play. “I like to score a lot of goals, and the best way is to attack.”

He also likes a team under control.

“I like discipline, good behavior, and work as a team, you know what I mean?” Roque said. “If you do your part, we have a chance to be successful.”

Roque knows it’s a challenge taking the job so late, but he’s up for it.

“This week I’m meeting a lot of people, get as much help as possible, to see how things work,” he said. “I’d like to put together an alumni game, and meet the parents. We have over 50 players,which is a big number. There’s a lot to do.”

Guertin opens the regular season on Tuesday, August 28 at Merrimack.