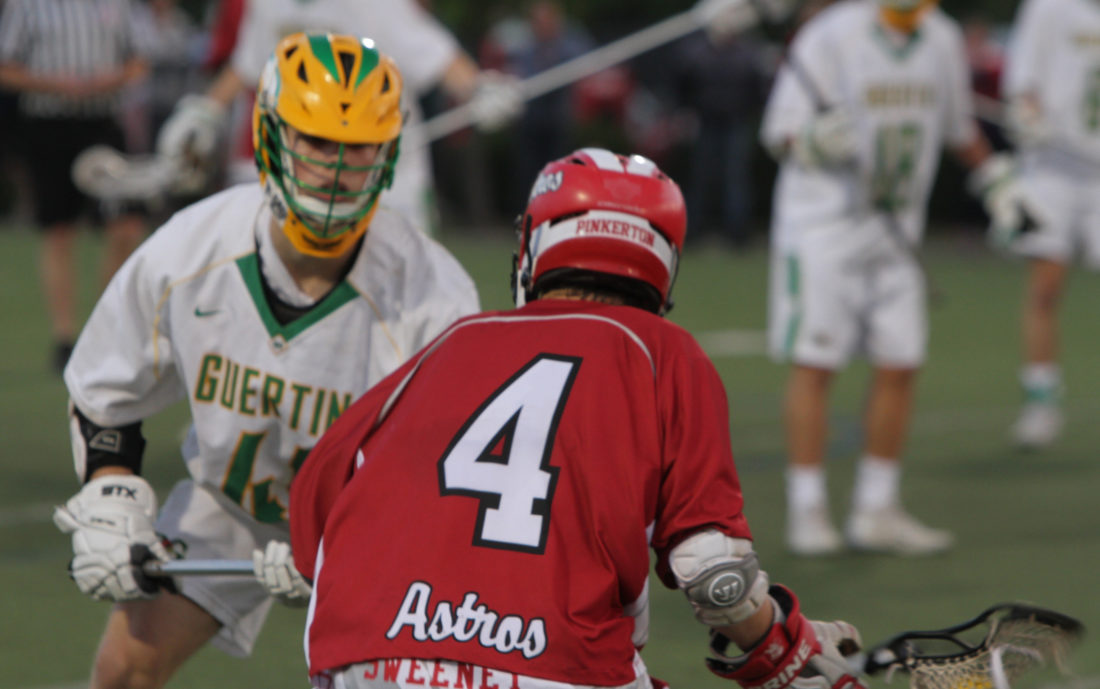 EXETER – As hard as top-seeded Bishop Guertin charged, rallying from deficits of 3-1 after a quarter and 6-2 at the half, the Cardinals never once got to their sweet spot, that is on the lead.

When Guertin rally for five goals in six minutes through the third quarter, tying things at 7-7, the Astros showed their grit, scoring twice to regain the lead and rebuffing every Cardinals flurry, winning the Division I state title game, 11-9, here at Bill Ball Stadium before about 1,500 fans.

“They played great, and the first half was our worst half of the year,” said Guertin coach Chris Cameron. “We dug ourselves a hole. You don’t just play poorly, the other team makes you play poorly. So give them credit.”

Pinkerton dominated both those battles, not because the Cardinals struggled, but again, just because the Astros were so good.

If you walked in at halftime, you would have figured the Cardinals would win this one going away. Guertin was simply that good in the third quarter.

“We made that run, showed our true character, and we had chances to take the lead.”

Ben Abladian opened the comeback, followed by goals by Joe Lupo and Sam Prunier. And when sophomore Sean Cameron whistled home a pair of rifle shots, things were back to square at 7-7.

Instead, Pinkerton got back-to-back scores from Chris Valentine to grab the lead back before the end of the third, this time for good.

With Astro Gennaro Marra dominating the faceoff spot (14-6), possessions to mount a real comeback were just too hard to come by, and Bishop Guertin ran out of time.

“This was the best team I’ve ever coached. We were great in all assets,” said Cameron, whose club settled for the runner-up plaque at 20-1.

“We just lost our composure. All year, we’ve been so good at that. In one game anything can happen, and they were the better team.”