Cardinals suddenly have momentum after win over North 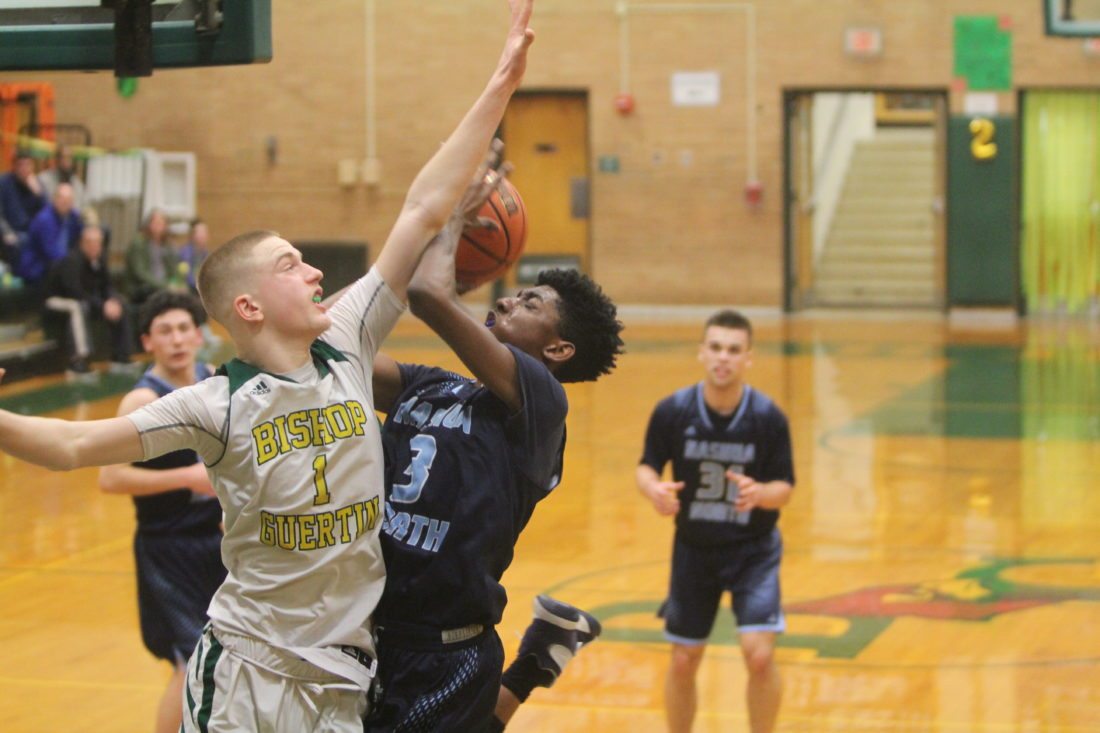 Guertin held off city rival Nashua North, 49-45, a few days after upsetting Manchester Memorial. The Cards may only be 3-12, but with three games left, they still have an outside – however remote it may be – at the 13th and final Divison I tourney berth.

“We’re playing much better as of late,” Cardinals coach Matt Regan said, “We had five or six games we were leading late in games (and lost). I think now we’re starting to understand (how to win). We only one one kid who played varsity basketball up to this year.”

The Titans also fell to 3-12 as they couldn’t take advantage of the fact the Cards went 9-for-24 from the foul line.

Guertin led most of the way, 9-4 after one quarter, 18-14 at the half, and then it was the Austin Hiscoe show for a while as he had an eight point stretch in the third that propelled the Cards to a 37-27 lead after three. He finished with a team-high 18.

“He’s done that multiple times this year,” Regan said. “He’s been playing with an edge as of late, which has made us better. At the beginning of the year he was scoring, but defensively was a bit of a liability. Now he’s actually playing varsity level defense, and that’s kind of transcended us. We don’t really have any holes on the defensive end right now.”

Casey Lane had a game-high 19 for the Titans, including a couple of treys that got North back in it in the fourth quarter. But the Titans had to feel one got away because they couldn’t get enough points.

“We had trouble scoring the basketball,” North coach Steve Lane said. “The ball didn’t necessarily go in.Give BG credit for making shots when they counted. Hiscoe made his shots early in the third, made three 3s for them, kind of changed the complexion. We tried to fight back. It was an uphill battle after that.”

One that North almost pulled out. They were down just 44-41 after two Curtis Harris (seven points, along with Ryan Lynn) free throws with 1:18 to play. But 10 seconds later Guertin’s John Begley (14 points) hit a pair – a BG rarity — to make it 46-41. Hiscoe hit a clinching freebie with seven seconds left. Yannis Nyantengi added 11 to the BG cause.

“Things can only get better,” Lane said. “The kids are playing hard, and the young kids are getting great experience.”

Regan feels the same way, but suddenly, after a horrendous stretch, he hopes to extend the season after the end of next week.

And also get to the 2018-19 season with the same feeling they have now.