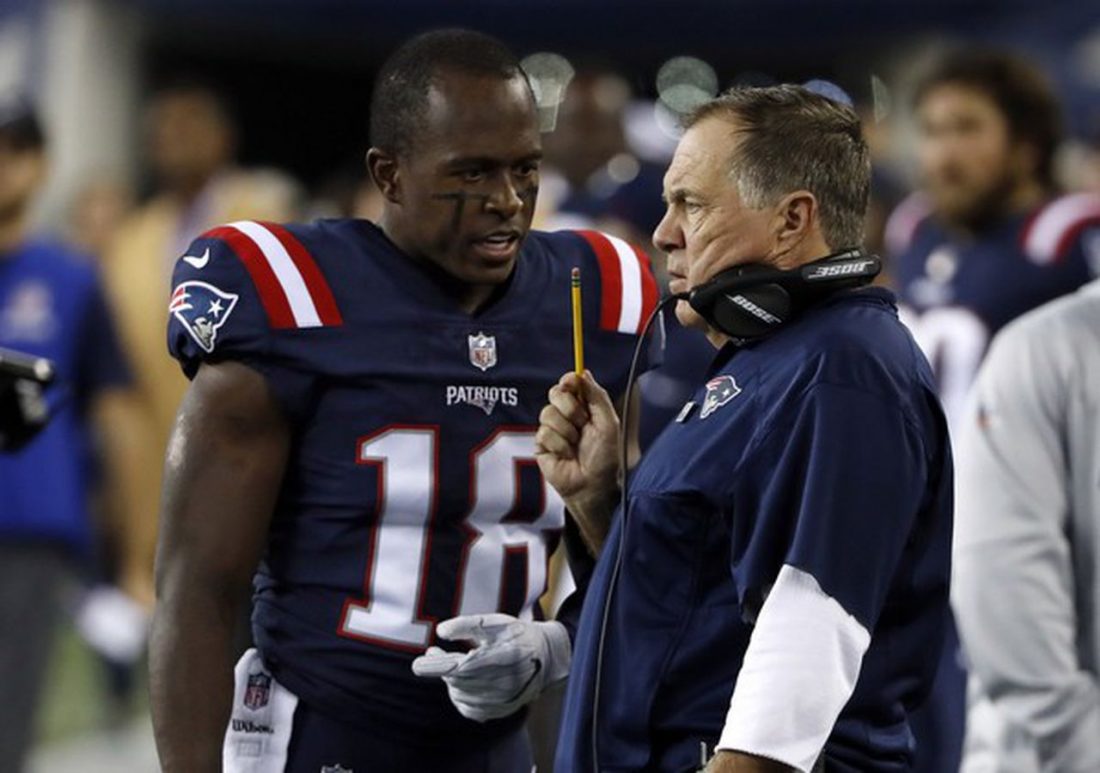 That’s basically what some of the returning New England Patriots leaders have been saying about the loss of iconic face of the franchise Tom Brady, as well as some others.

Newly re-signed special teams ace Matthew Slater is one of them.

“A lot of our identity has been centered around him,” the Patriots captain the last few years said Monday in a media conference call. “When you transition away from a player like that, it’s a tall task.

“There’s a lot of emotions involved when you try to process it, especially for me personally.”

Slater said he felt “a ton of gratitude” for Brady and how he treated Slater, the way he played, etc. “Magical moments, certainly being his teammate,” Slater said.

Slater said the Patriots “will have to find a new identity for ourselves.” But, he said that it will come from the things the organization has been known for. “Selflessness, hard work, making good decisions, doing what’s best for the football team,” he said. “These are the ways we’ve always operated, and I think we’ll have to continue to operate in the same mannner we always have. …

“Players come and go. The reality is no player plays forever. You have to have pillars that you stand upon that are not going to fall over regardless of who’s in or out. I think we have good pillars in place.”

But besides a potential talent void, there’s a leadership void.

“Certainly there’s going to be an evolution that occurs in our locker room and evolution in our offense,” Slater said. “You don’t try to do anything extra, anything above and beyond. … We’re going to have to be ourselves and lead the best way that we can.”

But, said Slater, the Patriots goals shouldn’t change one bit.

“The standard doesn’t change at all,” he said. “If you go into the season with a defeatist mindset, you can’t expect to be successful.

“We have a great opportunity, we have a lot of good football players, and a tremendous coaching staff…. We have to go in expecting more from ourselves than anyone outside the building expects from us. We have to go in with the same drive, focus, and the same determination. …

“Our mentality as a team and approach to what we’re doing has to be the same as it’s always been.”

“You really can’t say enough good things about Stephen and what he meant to this football team,” he said. “He was drafted to replace a guy (Adam Vinatieri) who was maybe the best kicker in the history of the league with some of the things he’s been able to accomplish.

“And for Stephen to come in here, keep his head down, and year after year lead by example. … He’s another guy you have a lot of gratitude toward. … He showed me how to be a pro.”

And the next Patriots kicker, he says, will simply have to do what Gostkowski did – stay within himself.

“Whoever the next guy is, same as the quarterback – they just have to be themselves,” Slater said.

And yes, that includes second year QB Jarrett Stidham, the leader in the clubhouse so far to succeed Brady.

“Certainly he has a lot of great qualities that can make him a good player at the quarterback position,” Slater said of Stidham. “Coach (Bill) Belichick and his staff wouldn’t have brought him in here if they didn’t think he had those qualityes. I think he’s got some good traits. His attack, his approach is going to have to be one day at a time just like any of us.”

How is Slater staying in shape?

Slater said “there are much more significant issues that we’re facing now. … Football is far down on the list of things I’m worried about right now.”

Interestingly enough, Brady felt it necessary to try to market himself to the Tampa Bay hierarchy in a phone call before signing there during the first day of NFL free agency.

“We had a great converstion – Bruce and I – we talked to him for over an hour and a half,” Buccaneers general manager Jason Licht said on ESPN’s “Get Up” morning show Monday. “It was almost like a recruitment on his part, telling us why it would make sense for him to come to Tampa Bay. The next call we made, we signed him, but it was at that phone call that we realized, that we felt like we had him.”

Slater said that there will be some getting used to the loss of special teams coach Joe Judge, who left to become the head coach of the Giants. Assistant Cam Achord will evidently take Judge’s spot.

“It’s going to be challengeing, looking at the possiblity of not having an off-season,” Slater said. “Some of that acclimation is going to have to be on the fly. … I know Cam is up for the challenge and he’s going to lead us in the right way.”

In his own return, Slater said he had made the determination he still wanted to play, was grateful to Belichick and the Patriots for feeling he still had something to offer, and admitted “I’ve fallen in love with this team and this organization.”

Patriot no doubt Brady had felt the same way.