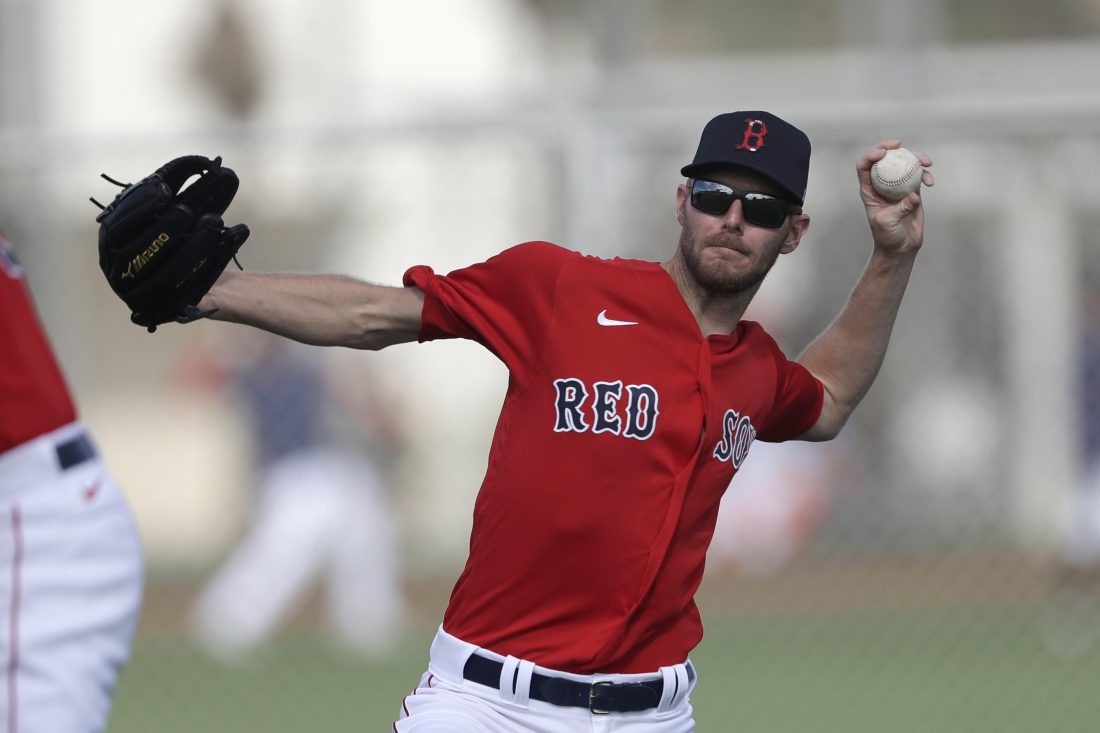 BOSTON (AP) – Red Sox starter Chris Sale had Tommy John surgery on his left elbow on Monday, his 31st birthday, waiting 11 days after doctors said he needed the operation because of difficulty in scheduling during the coronavirus

“Under normal circumstances we might have been able to have it happen a little bit sooner,” Bloom said on a conference call with reporters. “We know that this is not life and death. … It’s apples and oranges with this versus when you talk about something that’s life-threatening.”

Dr. Neal ElAttrache replaced Sale’s ulnar collateral ligament at the Kerlan-Jobe Institute in Los Angeles; the Red Sox said the surgery was a success. Sale is expected to miss 14-15 months, which would bring him back in the middle of the 2021 season.

“We look forward to his return sometime next year,” Bloom said.

Also Monday, Red Sox general manager Brian O’Halloran said that the team will wait until next week to consider whether to reopen its facility in Fort Myers, Florida, where a minor leaguer tested positive for COVID-19 on March 24.

“The reports that we are getting is that he is fine,” O’Halloran said. “There have been no other positive tests.”

Sale missed the start of spring training with an illness the team described as a flu that morphed into pneumonia. The Red Sox then said he had a flexor strain near the elbow, but the team hoped he would avoid ligament replacement surgery.

A seven-time All-Star, Sale is 109-73 in 10 major league seasons and entering the second season of a $160 million, six-year contract. After helping the Red Sox win the 2018 World Series, he went 6-11 with a 4.40 ERA in 25 starts last year – his fewest wins and starts, highest ERA, and the first time he failed to finish among the top six in Cy Young Award voting in any full season as a starter.

“Tommy John’s been a factor in my life for 20 years now,” Sale said this month.

“It’s on the table, but it’s always been on the table. So, that’s not something I’m going to worry myself with. I can’t go out there with that in the back of my mind. I have to have the confidence that what we’re doing is going to work.”