McCourty says the Patriots will keep pushing hard to win 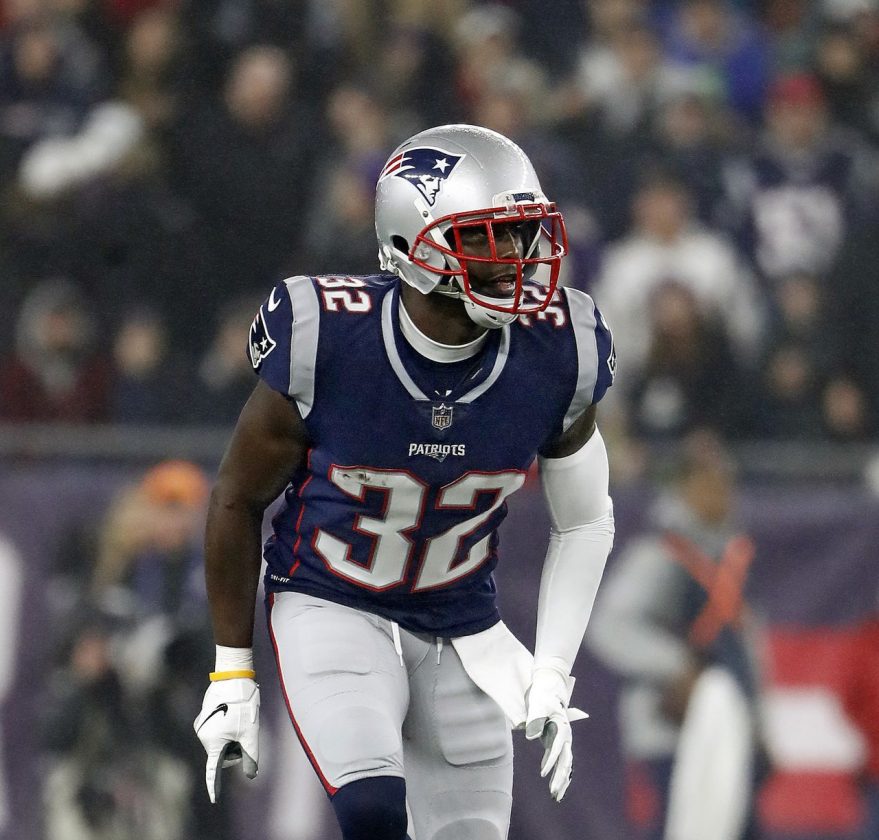 AP photo Patriots safety Devin McCourty said Wednesday the Patriots will push hard to be contenders even without Tom Brady..

Would he have had his twin brother Jason not remained a Patriot as well?

McCourty, in a media conference call on Wednesday, implied that he still may have opted to re-sign with the Patriots but, as he said in a Players Tribune posting, having his brother back in the fold certainly helped.

“I know people read what I said and were like, ‘Oh, he wasn’t going to come back if his brother wasn’t,'” McCourty said. “But I think, like I said, ideally we wanted to play together, but it wasn’t we play together or nothing.

“I think it would have probably went a little different if his option didn’get picked up but I wouldn’t have closed the door by any means of me coming back.”

And now he’s ready to go, and says the team won’t lack leadership despite losing Tom Brady and several other veterans.

“I’m excited,” McCourty said. “I think we have a great group of guys in the locker room. It’s been like that for years. … I don’t really see it like that (void of leadership). I see it as a continuation of what we’ve been doing.”

McCourty says there are plenty of leaders in the locker room, such as veterans Patrick Chung, Julian Edelman, and Matthew Slater. Of course, he would certainly qualify in that category as well.

“A guy like James white has been a leader on our team for years,” he said. “Leadership will naturally happen. We have a lot of guys that will fall into that window.”

But, if more veterans go, McCourty said it will be time for younger players to take that role.

“I think that will happen naturally for guys,” he said.

Will second year quarterback Jarrett Stidham be one of those? McCourty sang Stidham’s praises in his Players Tribue article, but was more low-key on Wednesday.

“If you ask me to evaluate and pick a QB, your team’s probably going to lose a lot of games,” he said. “I love how he’s come in. He’s eager to learn. Great personality. Great attitude. I would say he’s one of the more mature guys.

“He comes in and works hard, he did a great job this year coming in and trying to comepete.”

And is like a lot of younger players who could emerge on the Patriots roster.

“Young guys who didn’t get a lot of opportunities last year, guys who got hurt,” McCourty said. “We have a couple guys like that that will now be able to gou there for next year and have the opportunity to help the team in different ways. I think Stiddy falls in that category along with some other players on the offensive line, different guys I think weill get an opportunity now that we didn’t get to see last year.”

As for Brady’s departure, McCourty said he wasn’t upset that Brady didn’t call him directly before announcing his intentions, as he found out on twitter like most of the world.

“That wasn’t a big deal to me,” he said, adding he has spoken to Brady since his departure to Tampa Bay became complete.

Meanwhile, McCourty said the Patriots aren’t about to lose that winning feeling.

Of course, staying in shape could be an issue for a lot of players, who no doubt won’t have the usual team off-season conditioning program and OTA’s to help with that.

“It’s a work in progress,” McCourty said, adding he got a peloton in February to help him keep in shape and that has “been a key for me.

“No matter the weather, jump on that. But other than that it’s been FaceTiming my trainer and trying to do workouts that way. He’s letting me know some of the things I can get in the house and figuring it out.”

McCourty said that the departure of Brady shouldn’t put more pressure on a defense that was, despite showing some vulnerabilty down the stretch, one of the better units in the league this season.

“For me, as a defense we should want to be great no matter what,” he said. “For years we were talked about the reason we lost games and we knew how great Tom was.

“I still say the same thing because the defense, your goal has to always be the same when you take the field. If we get turnovers, we dominate and get the offense back on the field. As a defense, that’s something we need to do.”

Of course, he’s ancy, hoping to get back to football activities sooner than later.

“I can’t wait to get back together, start the process,” McCourty said, “and start the season.”

Meanwhile, McCourty just waits at home like most everyone else – except the medical personnel.

“You look at everyone in the medical field who are out on the front lines, still going to work dealing with the virus firsthand,” he said. “Those are the true tough guys.”

The Patriots added to their somewhat depleted linebacker corps with resigning veteran Shilique Calhoun, who last year played in 15 games with nine tackles and one forced fumble.

Calhoun also saw 237 snaps on special teams. He was initially signed last May by the Patriots after being a 2016 third round draft pick by the Raiders. In all, he has appeared in 41 NFL games with 33 total tackles, a half sack, two forced fumbles and one pass defense.

It’s been projected that Calhoun could see more action at linebacker this season, depending on the depth at the position.

It still seems like the NFL will proceed with the draft as scheduled despite a request from general managers to delay it.

All NFL facilities had to be shut down until April 8 , allowing only athletic trainers or physicans treating players, technical support people who work on the networks that allow remote work, and building security, etc.

GMs said they feel they won’t have access to the materials, etc. they need to conduct player evaluations.

But the NFL, while the draft won’t be a public event, isn’t ready to move it off its April 23-25 dates.