Would Belichick tank 2020 season to get Trevor Lawrence? 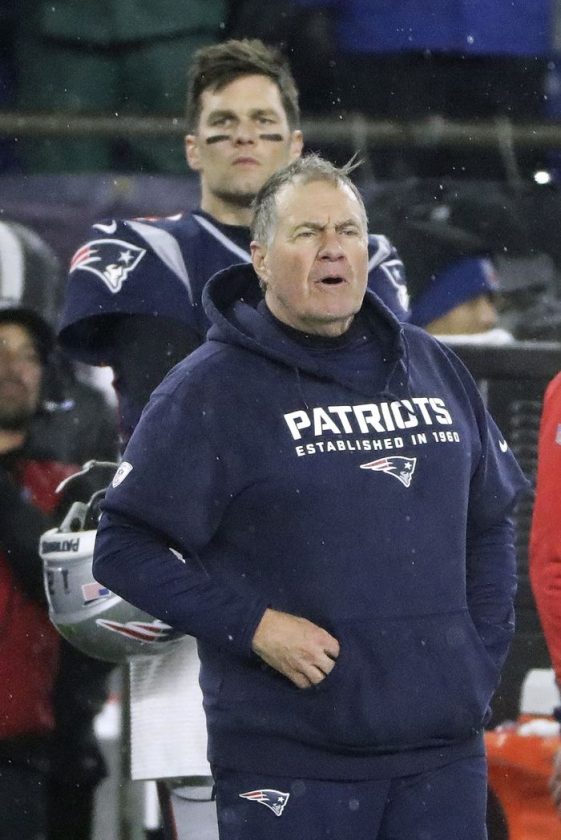 During the last week, without any real sports – no, Australian soccer or marble racing don’t count – I’ve been thinking about some things after Tom Brady signed with the Tampa Bay Buccaneers.

No March Madness, no spring training baseball, no NBA playoff race. Nothing.

What we have is NFL free agency.

Although I am not a native New Englander or remotely close to a Patriots fan, I couldn’t help but notice what could possibly be happening.

Bill Belichick not only thinks he is the smartest man in the room, he

Did he have a plan when he let Tom Brady walk away virtually unimpeded?

Did he have a plan when he let several key defensive players leave?

Does he have a plan with second-year quarterback Jarrett Stidham and his 18.8 passer rating?

Either of them will be throwing to a bland

Belichick could easily have signed a band aid-type quarterback like Andy Dalton.

He could have a Super Bowl winner in the newly-released Joe Flacco.

In either case, the Patriots could be in like for eight, nine or maybe 10 wins and a chance at another AFC East title.

Or could he willingly put Stidham, Hoyer or a late round draft pick on the field in hopes of bottoming out and drafting a once-in-a-generation type talent in soon-to-be Clemson junior quarterback Trevor Lawrence?

Lawrence, the 2019 National Championship MVP is 24-1 as a starter and is as good a prospect as there is.

ESPN’s Todd McShay has said he is the best prospect he’s ever seen. Better than Peyton Manning, better than Patrick Mahomes.

Surely Belichick is smart enough to know that once down season is worth another 15 great ones with Lawrence at the helm.

Unlike the NBA, where The Process was employed by Sam Hinkie can and will work–in the NFL, it’s a sure thing.

If the Patriots are the worst team in the NFL, Lawrence will be the No. 1 pick and be a Patriot.

For Hinkie, who secured Joel Embiid and Ben Simmons and turned a perennial underachieving franchise into a contender, the lottery balls could have gone the wrong way.

He could have ended up with Marquese Chriss and Dragan Bender like the Suns or De’Aaron Fox and Marvin Bagley like the Kings and still be at the bottom of the West.

Both Hinkie and Belichick don’t only think they are the smartest in the room, they know they are.

The big difference is that Belichick has the six Super Bowls and the track record behind him.

He doesn’t have a spineless owner like Josh Harris and a egotistical commissioner like Adam Silver that will push him out immediately as Hinkie did.

The only question for Belichick and the Patriots is whether they have the guts to do it.

History says they do