The Patriots time of transition has arrived, all at once 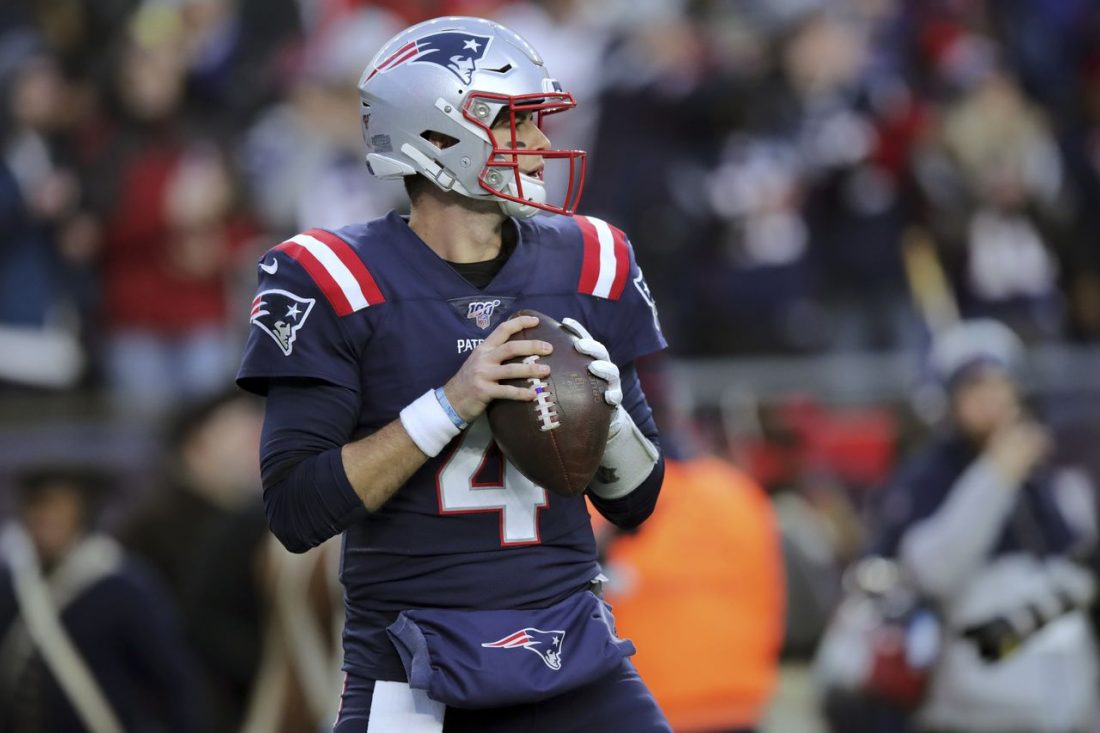 Department stores are mainly closed due to the COVID-19 pandemic, but that didn’t stop the New England Patriots from doing some bargain basement shopping in the last week.

Perhaps it’s a hint of where this team is going.

The release on Monday of longtime placekicker Stephen Gostkowski – he missed most of last season with a hip injury – means that another special teamer, Matthew Slater, is the longest tenured Patriot.

Let’s examine all of this in the wake of the stunning free agent departure of Tom Brady a week ago.

There will be more. Don’t be surprised if receiver Julian Edelman gets dealt away, as the Patriots perhaps rework their offense to suit heir apparent Jarrett Stidham. Edelman may bring a mid-round draft pick at best at age 34. Those who think he can snag a second rounder to replace the one traded for Mohammed Sanu are dreaming.

All low budget deals. All filling voids. Only Hoyer is in the football senior citizen category (34).

You’re going to see a different Patriots team in 2020, whenever they next take the field. You’re probably not going to like too much of what you see.

The talk is, sure, that the Patriots told Hoyer he’d be able to compete for the starting job. People, the Patriots always tell their players they have to compete for jobs. Nothing will be handed to Stidham, but rest assured, he is the anointed one. It’s his job to lose. Hoyer was inked to actually make Stidham feel comfortable and mentor him, like he did last summer.

“To me, the best thing for Stiddy was that he had to go against our defense every week,” Pats safety Devin McCourty said in a podcast that has made the airwaves and social media stories. “He didn’t have it easy. I love his poise. I would be faking a blitz sometimes and we’d make eye contact and he’d just start smiling and laughing.”

Poise was something Stidham showed in the preseason. Sure he was a rookie, but he looked like he belonged – somewhere, at some time. That time is evidently now.

“To me, there were weeks (when) he was just on point,” McCourty said. ” And those were some of our best weeks as a defense, mainly because Stiddy ate us up in practice leading up to the game.”

Well, we’ll see in the coming months if he can eat up opposing defenses. His potential ascension is good news for receiver Jakobi Meyers, with whom he definitely established a rapport last preseason, a rapport Brady was never able to develop when it counted.

Thuney’s franchise tag and the expected return of a healthy David Andrews means the offensive line stays as is. Defensively, the Patriots need to really fill the linebacker spots.

But overall, they need youth. And youth doesn’t win right away. Next month’s draft – and there will be a draft, although not with all the pomp and circumstance — will be extremely important. The Patriots will almost surely try to package something to get that second round pick back so they don’t have to endure a gap between Nos. 23 and 87 overall.

They need to get faster. More athletic. Also more physical, as the Titans pushed them around the field in this past season’s Wild Card game.

Can they rebuild on the fly? Despite what seems like a mass exodus, the Patriots still have some talent. But is it enough talent to make the playoffs? Right now, one might be tempted to tag the Buffalo Bills as the leaders in the clubhouse. But really, things are all still on the first few holes.

One thing for certain, the Patriots are right now in a transiton we have not seen for quite some time. There will be more moves, more surprises, more familiar names eventually not calling Patriots Place their home address any longer.

It had to happen sooner or later. The smart veterans know it. The drama that enveloped this team is fading.

“I think,” McCourty said, “the Stidhams (the QB and hs wife) are going to be in New England for a long time.”

Longer, maybe, than a lot of players currently on the roster at least.