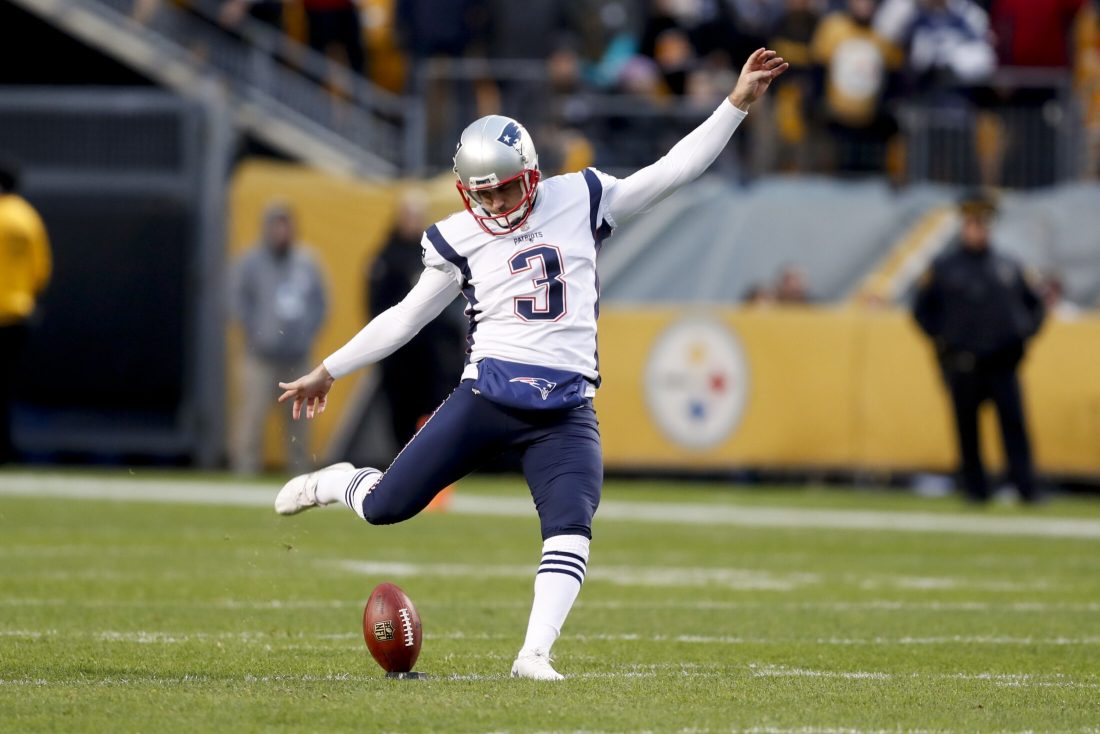 When he was a young kicker in his second year in the NFL, Stephen Gostkowski was adamant that fans shouldn’t expect him to be like the popular kicker he replaced, Adam Vinatieri.

Well, like Vinatieri was in what seems like ages ago, Gostkowski is now also a former New England Patriot.

The Patriots on Monday released their longtime placekicker, who missed nearly all of last year with a hip injury. He leaves as the team’s all-time leading scorer, and the 12th all time scorer in NFL history with 1,775 points and 374 field goals.

The move reportedly saves the Patriots exactly $3,478,500 in cap space, something they sorely need. He was set to be in the second year of a two-year, $8.5 million deal.

Gostkowski, 36, has always been known for his accuracy, his 87.4 percent field goal accuracy the best in franchise history and fifth all-time in the NFL.

But, once the NFL moved the extra point distance back, Gostkowski’s accuracy took a hit, perhaps also due to his hip condition. Last year, before he ended up on injured reserve, the team’s 2006 fourth round pick had missed four PATs in four games, but he also had made in his career a stretch of 523 straight extra point kicks. It snapped with a costly miss vs. Denver in the 2016 AFC Championship Game.

He set a franchise record with a 58-yard field goal in a loss to Carolina back in 2017.

Still, the Patriots had trouble finding a replacement for him last season, using Kai Forbath, Nick Folk and Mike Nugent.