Patriots bring back Hoyer for third tour of duty 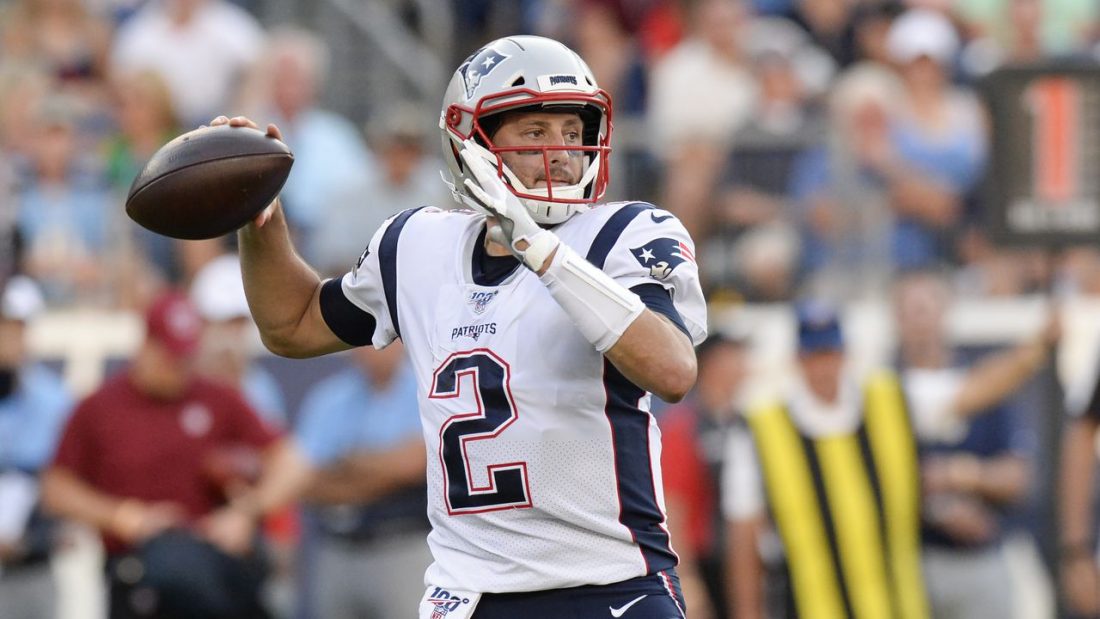 AP photo The Partiots are reportedly bringing back Brian Hoyer, who played with Indy last year, on a one-year deal.

Yes, the New England Patriots did what many expected they would do in bringing back veteran quarterback Brian Hoyer for his third go-round with the team.

Hoyer retuns to the team on a one-year deal; he was released toward the end of training camp last year after a year-plus second stint on the roster as then-rookie Jarrett Stidham showed he could handle the seldom-used backup role to Tom Brady.

With Brady gone, now Stidham, should he win the starting job, will need a veteran backup.

Hoyer’s first stint was with the Patriots from 2009-2011, and he spent last season with the Indianapolis Colts as a backup to Jacoby Brisett. The Colts released him on Saturday.

Hoyer is seen as a capable backup, more so than another seldom-used veteran on the roster, Cody Kessler.

Last year for Indy he appeared in three games, starting one, completing a total of 35 of 65 passes for 372 yards with four TDs and four INTs.

The Patriots also agreed on a one-year deal with former Jets linebacker Brandon Copeland on a minimum deal. Copeland played in 12 games last year with the Jets, starting three, with 1.5 sacks and 42 combined tackles (27 solo).