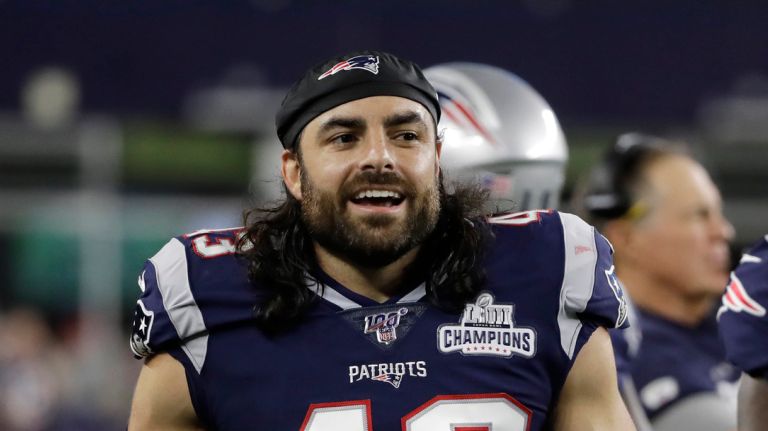 The watch/wait for some kind of announcement on the finalization of his Tampa Bay Buccaneer contract.

There was nothing new on Thursday except the fact that Brady reportedly was seeing a doctor in New York to undergo a physical, as the NFL is not allowing free agent signees – or players acquired via trade – to travel to team facilities to get their physicals done by team doctors.

Thus Brady was reportedly able to secure a doctor near him to get the physical, and reportedly the Buccaneers were OK with that.

Now it’s just a matter of hammering out the final details, but nothing was announced Thursday.

Meanwhile, ESPN reported that a number of NFL players have made it known they would like to join Brady in Tampa Bay.

The departure of Patriots who were unrestricted free agents continues as special teams favorite Nate Ebner reportedly agreed to terms with the New York Giants. There he will be reunited with former Patriots special teams coach Joe Judge, now in his first year as the Giants head coach.

Ebner, who was a rugby standout in college and was allowed by the Patriots to compete for the U.S.in the 2016 Olympics, has always been a Bill Belichick favorite, which makes his departure somewhat surprising. He was a sixth round pick in 2012 out of Ohio State and a Second Team All-Pro in 2016.

Phillips was signed as an undrafted free agent by the Chargers in 2014. He missed two-thirds of last year with a broken arm after winning a starting job.

One of the Patriots who has left, not by his own choice, Duron Harmon, said a social media good-bye to the Patriots and their fans. Harmon was dealt to Detroit on Wednesday for undisclosed late round draft picks.

“It has been an honor playing for a world-class organization that has taught me so much about the game,” Harmon wrote, “what it takes to win championships and the importance of giving back to the community.”

And, in a separate post on Twitter, Harmon said, “Pats Nation I love you and will miss you guys.”

It begins at noon with a look at the famous “Tuck Rule” game, the Patriots’ AFC Divisional Round overtime win over the Jon Gruden-coached Oakland Raiders, the last game ever played at the old Foxboro Stadium in January of 2002. It ends at 6:30 p.m. with a look at the team’s 13-3 Super Bowl LIII win just over a year ago over the Los Angeles Rams.