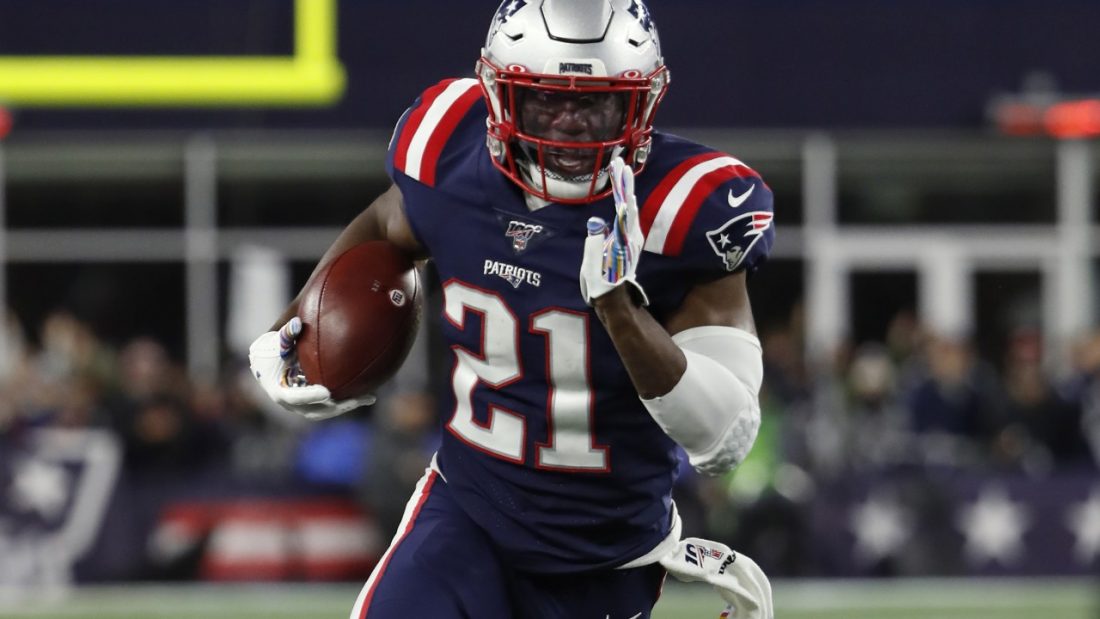 AP photo The biggest Patriots news of Wednesday was the trade of safety Duron Harmon to Detroit for late round draft picks.

The Tampa Bay Buccaneers couldn’t gloat about signing the GOAT.

At least not officially.

The National Football League issued a mandate to teams on Wednesday that they can’t announce trades or signings until physicals are completed. Of course, to do that, players must be checked out by team doctors, presumably at team facilities, which they aren’t allowed on to until March 31 – at least that’s the date for now. It could certainly be moved back by another few weeks.

Thus, there could be no formal announcment on Tom Brady’s heavily reported deal with the Tampa Bay Buccaneers, believed to be for $30 million a year, length not known. Still, teams have a way of making things known Also, ESPN reported late Wednesday night that negotiations between Brady and Tampa are still going on as contract language is complicated.

“What a ride the last decade has been,” she wrote. “Boston has been so good to us and will always be in our hearts. We will forever have wonderful memories. Our kids were born and raised there and we have made special friendships to last a lifetime.

“I’ll miss our friends, the beautiful change of seasons and the rides o the stadium to go cheer for Tom and the Pats. Thank you to everyone who has been so supportive of my husband and our famiy throughout all these years. We will miss you.”

Brady will be coached by the so-called “Mad Scientist”, Bucs head man Bruce Arians, who previously coached at Arizona and was also an interim head coach at Indianapolis. And his offensive coordinator will be Byron Leftwich, whom he’s actually played against when Leftwich was at Jacksonville. He’ll have two fine receivers, Mike Evans and Chris Godwin, plus tight end O.J. Howard as top targets. Evans had 67 catches for 1,157 yards and eight TDs last year while Godwin had 86 catches for 1,333 yards and nine TDs. Howard finshed with 34 catches for 459 yards and a TD.

What’s next for the Patriots quarterback position? Again it looks like Jarrett Stidham, the second year QB from Auburn, to begin with. Belichick last year called Stidham “a smart kid” who he said had a “good grasp of the offense.” He also said last year that with Brady missing some practices, Stidham got some time with the first team.

A potential QB target for the Patriots – not saying they were interested, though – went off the board when the Bears acquired Nick Foles from the Jaguars for a a fourth round compensatory pick. Still out there are names like Andy Dalton and, ironically,former Tampa QB Jameis Winston.

The list of players no longer on the Patriots keeps growing. First, offensive lineman Ted Karras reportedly agreed to a one-year, $4 million deal with the Miami Dolphins.

Then, late Wednesday news came out that another linebacker, Elandon Roberts, agreed to terms with the Dolphins on a one year deal. Roberts split time between linebacker and fullback for the Patriots last season while Karras took over the center position after an illness shelved starter David Andrews for the season.

In doing so, the Patriots have freed up some $4.5 million in cap space. It was basically a salary cap move, with the Patriots looking at Patrick Chung and Terrence Brooks at filling up the plays. Harmon

The 2013 third round pick out of Rutgers finishes his Patriots career with 175 combined tackles and a whopping 17 interceptions. In fact, Harmon was nicknamed “The Closer” because of his frequent late game, win-clinching interceptions. Last year he played in 65 percent of the snaps and had two picks in 16 games, starting eight.

Shelton, meanwhile, gets two years, $8 million from the Lions.

Shelton was traded by the Cleveland Browns to the Patriots two years ago for a third round pick, and had a rocky first season, with just one start in 13 games, 21 total tackles. In fact,he was a healthy scratch but then turned things around late that 2018 season. The Patriots re-signed him for last season and he responded with 61 combined tackles and three sacks, starting 13 of 16 games.

New England reportedly did acquire a couple of players the last couple of days, signing former Arizona receiver Damiere Byrd, who had 32 catches for 329 yards and a TD. He can reportedly earn up to $2.5 million with incentives.

To help replace Shelton, the Patriots reportedly agreed to terms with former Tampa Bay defensive tackle Beau Allen with a two year deal maxing out at $8 million. Allen played in 13 games for the Bucs last year, but played against the Patriots in the Super Bowl two years ago with the Philadelphia Eagles. He has 72 career tackles with 2.5 sacks.