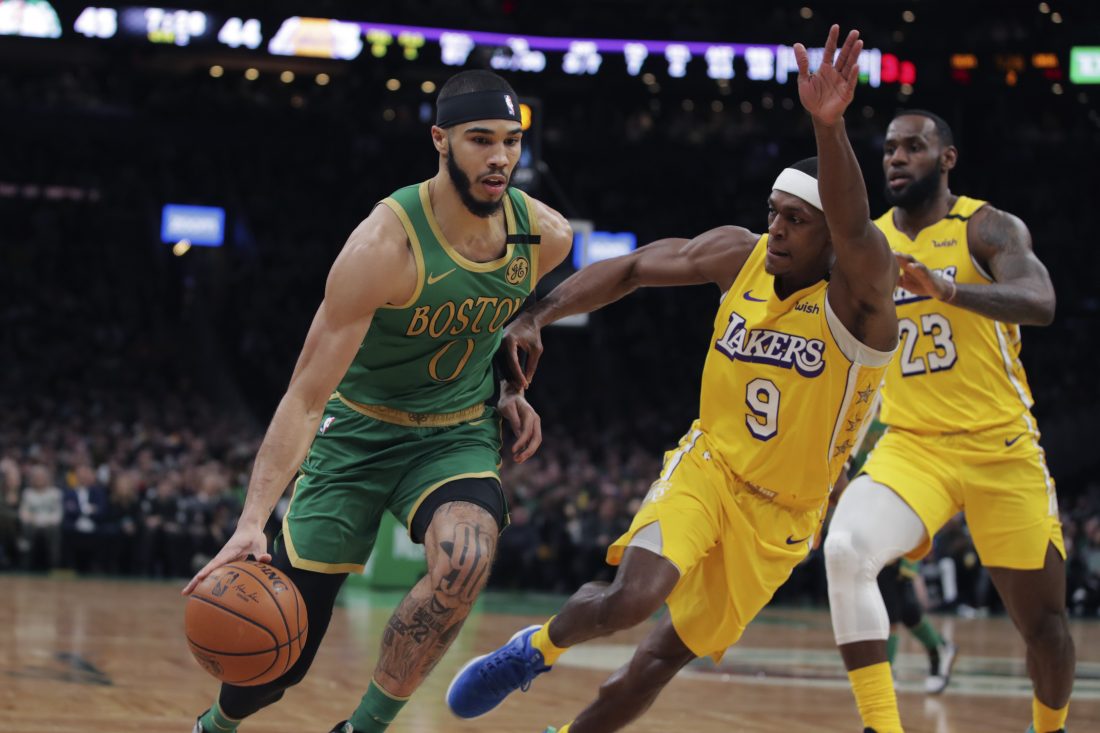 BOSTON (AP) — Kemba Walker scored 20 points to end a career-long personal losing streak against LeBron James, and Jayson Tatum scored 27 to lead the Boston Celtics past the Los Angeles Lakers 139-107 on Monday night and send the top team in the Western Conference to its biggest loss of the season.

Jaylen Brown scored 20 points and Enes Kanter had 18 points and 11 rebounds for Boston, which snapped a three-game losing streak. The Celtics gave up the first eight points of the game but turned things around when Anthony Davis, playing for the first time in almost two weeks, went to the bench with a pair of fouls 49 seconds apart early in the first quarter.

James had 15 points and 13 assists for the Lakers, who had won 10 of their previous 11 games. But the Celtics made 13 of their first 22 3-point attempts to open 103-75 lead in the third quarter — the biggest against Los Angeles all season until Boston made it a 34-point game in the fourth.

Walker, who spent the first eight years of his career in Charlotte, had gone 0-28 in his career against James — second in NBA history only to Sherman Douglas’ 0-30 head-to-head record against Michael Jordan.

Davis was only expected to play 28 minutes in his first game after missing five in a row since he landed hard on his back against the Knicks on Jan. 7. Coach Frank Vogel said he would limit Davis to 28 minutes, but he pulled Davis when he picked up two fouls in the first four minutes.

He did not return the rest of the quarter, as the Celtics turned a six-point deficit into a three-point lead. They built on it in the second, when Tatum scored 13 points and Kanter had 12 to give Boston a 69-55 lead at the break.

David finished with nine points and four rebounds in 23 minutes.

The Lakers’ only visit to Boston this season brought out a few celebrities, including rapper Snoop Dogg, former Red Sox slugger David Ortiz and a handful of members of the New England Patriots.

James took advantage of the trip to Boston to take in a high school game his son, Bronny, was playing in Springfield. The Lakers star reportedly made the 90-mile commute across the state in a helicopter.

Lakers: The 69 first-half points were the most scored against LA this season. … The Celtics posted pictures outside the Lakers locker room of Rajon Rondo and Avery Bradley from their Boston days, along with one of Vogel, who started in Boston as a video coordinator. … The Lakers’ biggest defeat of the season had been a 128-104 loss to Denver on Dec. 22. That was also the most points they had given up before Monday.

Celtics: Tatum scored eight points during a 16-2 run that left Boston leading 97-68 with about four minutes left in the third and brought out the first “Beat LA!” chant of the night. … Brown was called for a technical foul for taunting James after dunking over him in the second quarter. … The Celtics made just four of their last 12 3-point attempts and finished at 47%.

Lakers: At the Knicks on Wednesday. 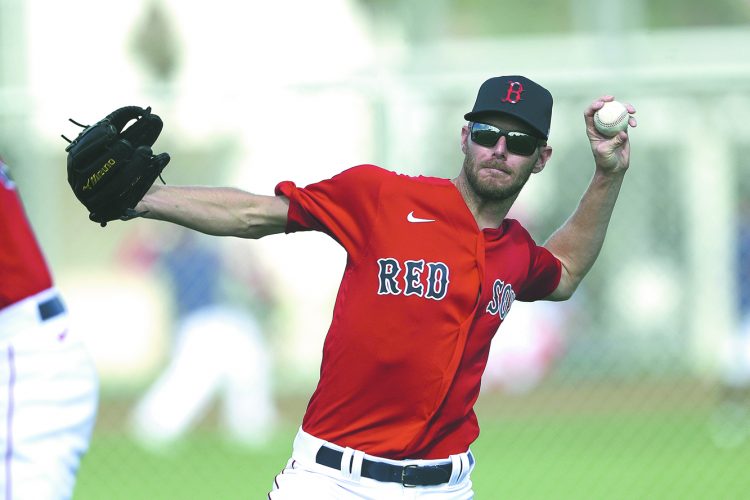