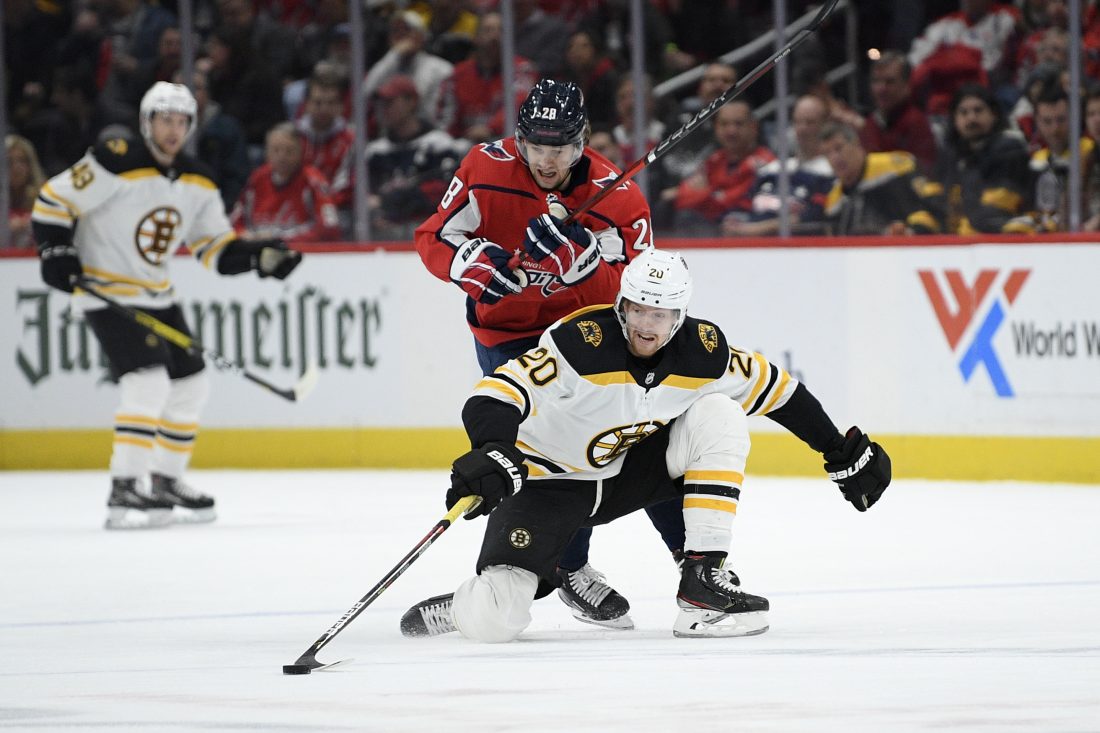 WASHINGTON (AP) – T.J. Oshie scored twice in under four minutes and John Carlson got the go-ahead goal to extend the Washington Capitals’ longstanding domination of the Boston Bruins with a 3-2 victory Wednesday night in a showdown between the NHL’s two best teams.

The Capitals have won 16 of their past 17 games against the Bruins. Boston has lost four in a row with three of those defeats coming in regulation.

Carlson’s blast past Jaroslav Halak in the third period fired up a crowd quieted by Sean Kuraly’s deflection goal minutes earlier. Earlier, fans in Capitals red and Bruins black and gold all got into it when Boston captain Zdeno Chara and Washington forward Tom Wilson threw down the gloves in a heavyweight fight in the first.

This was a heavyweight bout in every sense of the term. These teams enter with the most points in the league, Capitals captain Alex Ovechkin trailed only David Pastrnak in the goal-scoring race, the Bruins are coming off another trip to the Stanley Cup Final and Washington won its first title in 2018.

After all the talk about this being a mid-December measuring stick for a couple of perennial playoff contenders, the skill level matched the hype.

Pastrnak ripped a perfect shot over Braden Holtby’s left shoulder midway through the first for his league-best 26th of the season. It looked like the Bruins had a two-goal lead on a Patrice Bergeron power-play goal, but Capitals coach Todd Reirden challenged for offside and video review showed Jake DeBrusk was into the zone just before the puck.

Oshie, who had just one goal in his previous 10 games, made the most of nothing but empty ice around him to score off his own rebound on the power play early in the second. Soon after, he turned Bruins defenseman Connor Clifton into a human pylon and beat Jaroslav Halak backhand for a highlight-reel goal.

Kuraly and Carlson traded goals, and these two rivals traded shoves and unpleasantries plenty before the final buzzer. They meet again two days before Christmas.

NOTES: Holtby stopped 30 of the 32 shots he faced. … Halak allowed three goals on 25 shots. … Carlson now has 45 points in 33 games, which is the second-most among defensemen over the past 40 season behind only Al MacInnis’ 47 in 1990-91 with Calgary. … The Bruins went 0 for 5 on the power play and are 2 for their last 25. … Clifton was in the Bruins lineup because D John Moore is being eased back from a lengthy absence and will play the second half of their back-to-back. … Referee Jon McIsaac left the game in the third after a collision with Ovechkin.

Bruins: Tuukka Rask is expected to start the second half of their back-to-back Thursday at the Tampa Bay Lightning.

Capitals: Embark on their fathers and mentors trip with their next game Saturday at Tampa Bay. 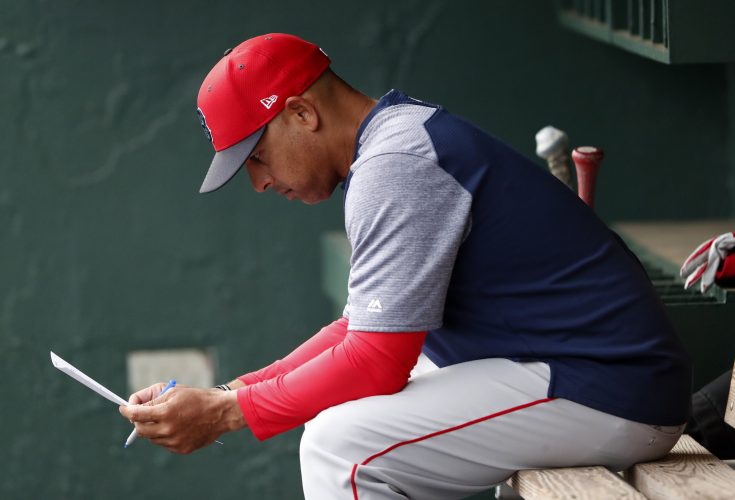