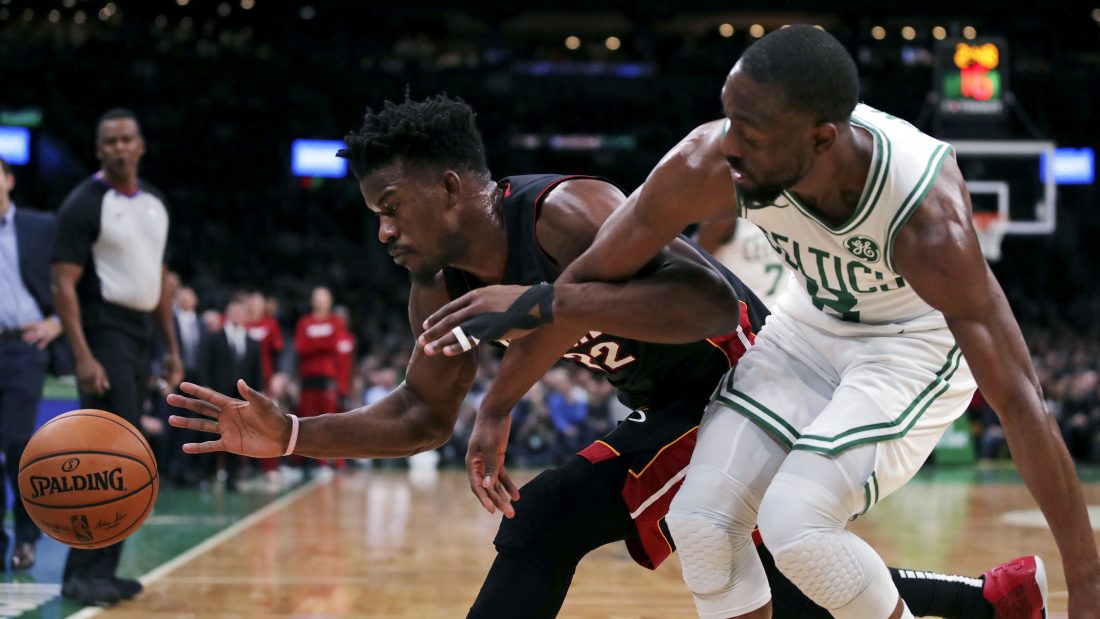 BOSTON (AP) – Jaylen Brown scored a season-high 31 points, Kemba Walker had 28 and the Boston Celtics beat the Miami Heat 112-93 on

Jayson Tatum added 19 points to help Boston improve to 8-0 at home. Brown connected on a season-high six 3-pointers, and Walker had seven assists and four rebounds.

Jimmy Butler led the Heat with a season-high 37 points and had six rebounds and four assists. Former Celtic Kelly Olynyk added 12 points, and Duncan Robinson and Justise Winslow each had 10. Miami had won three in a row.

Heat coach Erik Spoelstra left the team in the morning, flying home to be with wife Nikki for the birth of their second son. Assistant coach Dan Craig ran the team.

Brown hit two 3-pointers and Semi Ojeleye had one – all coming from the left corner directly in front of the Heat bench just over a minute apart – during a 9-1 spurt that pushed Boston’s lead to 80-67 late in the third quarter. The Celtics led by 13 after three quarters.

Boston then scored the first seven points of the fourth, making it 89-69 on Carsen Edwards’ 3 from the right wing.

Heat: Craig spent his high school years living about 40 minutes away from TD Garden in Chelmsford and rooting for the Celtics. “It worked out kind of funny,” he said. “I’m back home and I’m going to coach this game. It’s pretty exciting.” Craig also ran the team in March of 2018 when Spoelstra was away for the birth of his first son. The Heat also lost that game.

Celtics: Guard Marcus Smart missed the game due to illness. Coach Brad Stevens said he would have been “doubtful” with a sore oblique, but “the illness knocked him out” of playing.

The Heat led by 11 points midway into the second quarter before the Celtics closed the half by scoring 26 of the final 33 points. Walker had nine of the points and Tatum eight in the spree over the final 7:09, including two shots from beyond the arc.