Patriots are on the defensive as they move forward 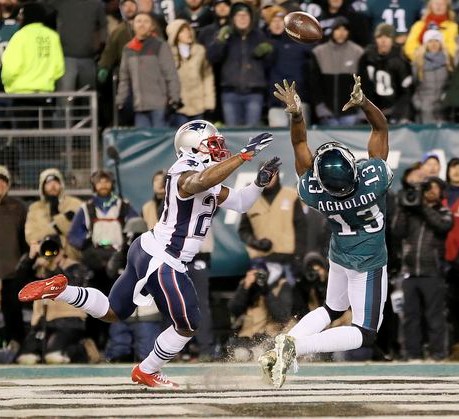 AP photo The Patriots luckily avoided the Eagles completing a Hail Mary on the last play to secure a win at Philadelphia on Sunday in a game dominated by defense.

Why? Well, despite their offensive deficiencies and slow start on both sides of the ball, the Patriots showed some resiliency and grit in gutting out a physical win over a slightly better-than-average Eagles team on the road.

That’s what should be in the spotlight today, not the fact the best player in the game was on special teams, rookie punter Jake Bailey. New England was in a loud hostile environment, down 10 points early, and made the necessary adjustments on both sides of the ball to pull out the win.

And now they move on. They are 1-1 in their own personal Five Game Challenge, with Dallas at home, Houston on the road, and Kansas City at home left before they return to the junior varsity schedule.

The world is talking about Tom Brady’s pouting, and the offense’s problems. It’s clear the Patriots have their weakest offensive line in the last few years, and all the media, including CBS analyst Tony Romo, seems to think when injured left tackle Isaiah Wynn returns that all will be better. Please remember we’re talking about a second year player who can’t stay on the field,missing nearly all of his rookie season and now most of his second due to injuries.

Things are starting to come into view; the Balimore Ravens and their hybrid offense seem to be the people’s choice in the AFC – for some as the favorite, for others as the Patriots’ top challenger. But remember that old football saying that ends with “defense wins championships”.

The Patriots showed you a championship defense on Sunday, but one has to realize just how depleted the Eagles were with injuries on offense to not only skill position players, but they were without both starting tackles as the game went on.

Not to mention the fact Eagles QB Carson Wentz has regressed since his knee injury prematurely ended what should have been an MVP season two years ago.

But now we look ahead. Brady, in his weekly paid WEEI radio appearance, gave his state of the team comments and pretty much spelled reality:

“The strength of our team isour defense and special teams,” he said. “So on offense, we just have to take advantage when we get opportunities, understand where our strengths lie and try to play to them. Not giving short fields. Not turning the ball over.

The Patriots aren’t the only former offensive juggernaut struggling on that side of the ball. Anyone seen the L.A. Rams and QB Jarod Goff lately?

The challenges await. Dallas comes to Foxborough on Sunday with one of the league’s hottest quarterbacks not named Jackson. Dak Prescott has blown by fellow draft class members Wentz and Goff, as over his last 16 games he has thrown for 4,968 yards and 32 TDs vs. 12 INTS and rushed for 237 yards and five touchdowns, plus a completion percentage of 69.29 percent (vs. 60.13 for Goff, 63.93 for Wentz) and a passer rating of 104.8 vs. 82.8 (Goff), and 93.4 (Wentz). The bottom line is he is playing very, very well; when he doesn’t, the Cowboys lose. He will be the main focus of the Patriots defensive game plan this week. The Patriots defense should pass this test as well.

“It’s a week-by-week thing,” Patriot safety Devin McCourty said. “Last time we took the field, I wouldn’t say dominant was anything that came to mind the way we played defensively, so we undrstand we have to gear it up and get ready each time we go out there. It’s all about preparation.”

Brady will always say the same thing about his offense, but the parts aren’t all there. Don’t discount the blocking loss of Rob Gronkowski and injured fullback James Develin in the running game, to go with the sub-par offensive line.

For now, the Patriots have to keep in mind the words of Brady that they are now a defensive team. And the reason for that, as head coach Bill Belichick said after Sunday’s game: “Good players. Good players playing well.”

Sometimes it’s that simple, and that’s when you win tough games against tough teams on the tough road. 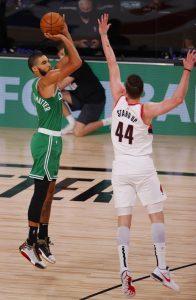 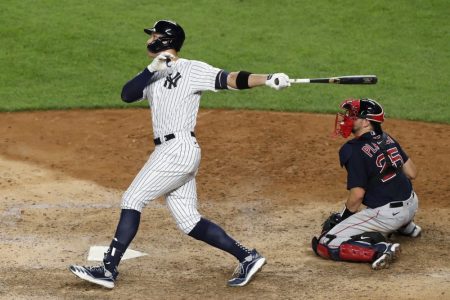 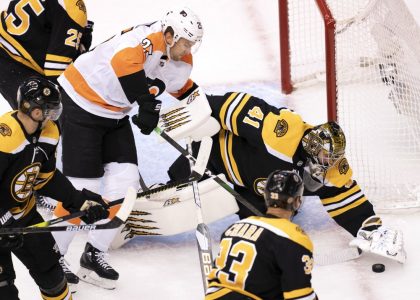