Patriots set to get back to work with interesting stretch 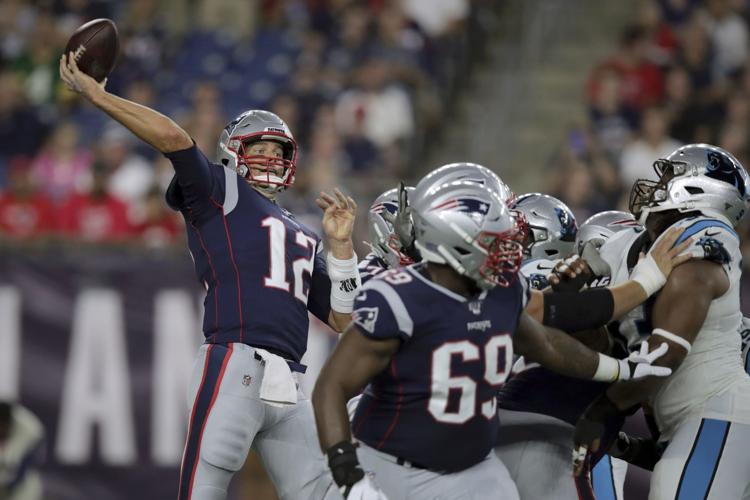 AP photo Tom Brady will no doubt keep the Patriots geared toward another Super Bowl appearance.

Vacation is over, and it’s back to work for the New England Patriots.

It’s bye-bye to the bye, and now they have seven games remaining in the 2019 regular season, perhaps only a handful of them expected to be competitive.

Here’s what we know about these Patriots: A, their defense is still, despite a dud in Baltimore just over a week ago, the strength of this team.

B, their offense, while struggling with no semblance of a running game, badly in need of a left tackle, depends on the ability of Tom Brady to get ball in the hands of Julian Edelman, James White, Mohamed Sanu, and Phillip Dorsett, pretty much in that order.

And C, they are still the class of the AFC, despite the fact the Baltimore Ravens seem to be coming into their own and rising fast with the Lamar Jackson Show, and manhandled the Patriots just nine days ago. One would have to think the same would not take place at the friendly confines of Gillette Stadium.

In any event, the Patriots look to see what they can do in the next two months. Remember, there is no time like the present in the NFL. Last year, there was understandable skepticism and panic when the Patriots faded down the stretch before a couple of end of season gimmes to an 11-5 mark, barely avoiding having to play on Wild Card Weekend. They went on to win the AFC title game on the road and then the Super Bowl. In early November a year ago, would anyone have thought they would be able to hold the Los Angeles Rams to a field goal in the Super Bowl, let alone get there?

One thing is – the foolish Rob Gronkowski rumors aside – the Patriots aren’t getting any reinforcements except for perhaps left tackle Isaiah Wynn coming off injured reserve.

“I said it last week, to be 8-1, and have the opportunity we have in the second half of the year, I think anyone would take that. It hasn’t all been perfect, but it’s been good enough in some areas. We’re going to have to really ramp it up and play our best as we go forward. Hopefully it’ll be a great second half of the season.”

Brady says the reality is, the players currently in the locker room are the only ones who can make that happen.

“It’s really up to us to earn it,” he said. “The people in the locker room. We’ve got to show up to work every day with a great sense of determination, commitment, doing our best for each other and the team, and try to get a win, and it starts this week in Philly.”

Philadelpia (road): The Eagles are also coming off a bye week, and also have seemingly recovered from a recent finger pointing crisis of confidence, during which their toughness was questioned. Back to back wins over a mediocre Bills team on the road and a sub-par Bears team at home has stemmed the tide. They really need QB Carson Wentz to play like he did two years ago before he was lost for the season. How he plays will determine Sunday’s outcome.

Dallas (home): Three weeks after winning the big one decisively over the Eagles at home, the Cowboys lost the big one to the Vikings, also at home. The Patriots run defense needs to improve with Ezekiel Elliott coming to town, and they will clearly look at that Vikings tape to see how Minnesota basically took him out of the game. The Cowboys seem to have all the tools (great offensive and defensive lines) but can’t get them to work in unison.

Houston (road): Perhaps the toughest game in this stretch – a Sunday nighter – although Texans coach Bill O’Brien’s brain turns to jelly against his former team. Deshaun Watson is out of the Jackson mold, but a more complete quarterback. It doesn’t matter that Houston will be without J.J. Watt – he never does anything against the Patriots anyway. Ironically, the Texans face Baltimore on the road this week and then a Thursday nighter vs. the Colts at home. That gives O’Brien some extra time to prepare for New England.

Kansas City (home): These are not the 2018 Chiefs. Pat Mahomes is a bit hobbled, despite throwing for 446 yards in the loss to the Texans. Kansas City’ defense can’t stop the run, and perhaps that will be a big factor.

The guess here is the Patriots will win three of these four.

And we will see if any of the other teams in the AFC besides the Ravens are able to step forward and live in the moment of December and January. 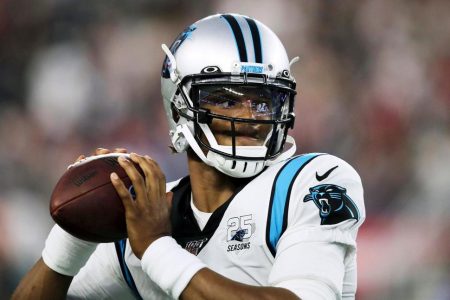