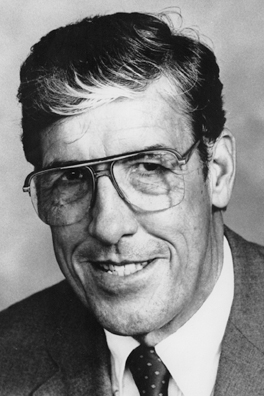 Many years ago, Francis Church of the New York Sun wrote a famous editorial in reply to a letter from an 8-year-old girl, Virginia O’Hanlon, who asked whether there was a Santa Claus, since some of her friends had told her there was none. The editorial was one of those pieces which attracted instant attention and has become one of the classics of Christmas lore, reprinted annually in thousands of newspapers across the country.

Church’s article is universally popular because it reminds readers of happy times, of Christmas and Santa and home. Although I still love to read this traditional Christmas editorial, I’ve had no need for reassurance about Santa Claus since I was 7 years old. I discovered the truth about the existence of Santa back then, and I’ve kept the assurance that there really is a Santa Claus within my heart for almost six decades now. Here’s how it happened:

It was December of 1931. We lived in a coal camp at McRoberts, Kentucky, deep in the eastern Kentucky hills, in a house owned by Consolidation Coal Co. I’d started school. There, the bigger boys had taken great delight in telling me the “truth” about Santa Claus. They said there was no such thing. They had repeated it over and over until I halfway had begun to believe them.

By then I was old enough to understand that there was something happening out in the world beyond McRoberts called a depression which was causing my Mother and Daddy to have worried looks on their faces when they talked about it. They whispered in low voices about “hard times.” The mine where Daddy worked had shut down. (Until the day he died, Daddy never forgave “Old Consol” for doing this.) There was no work of any kind to be had in McRoberts. So, my father had left home, walking, headed on foot for southern West Virginia. He’d heard that some mines were working in that area and there might be a job possibility. I was old enough to know that since times were hard, and my Daddy wasn’t home, and the mine wasn’t working there couldn’t be any visit from Santa Claus to McRoberts that year – there would hardly be enough money for a little bit of food, let alone any such foolish things as toys.

I went to bed with a heavy heart on Christmas Eve in 1931, knowing that there was no Santa Claus, knowing that there would be no new toys in our house the next morning. I had helped my mother hang up our stockings on the mantel over the coal fire in the grate, but I knew this to be an idle gesture – that an apple, or perhaps an orange, would be the most I could expect to find in mine.

Then it was Christmas. What a glorious day! I have a warm glow inside me yet today as I write these words, just remembering that wonderful morning. For in my mind I can still see the little boy that I was back in 1931 silently stealing down the stairs in that old coal company house, dreading to look into the room where our tree was standing, lest even faint hope be dashed immediately. Yet I was impelled into that room by curiosity which could not be denied. And there it was – leaning up against the mantel, in front of the coal fire banked under its bed of ashes there in the grate. A Western Flyer sled, six feet long! And a pink baby doll for my sister, Carolyn. Santa had made it to McRoberts, despite depression, despite hard times.

I rationalized that it had to have been Santa who brought those presents. Obviously my parents didn’t have money for toys. Then the happiness in a little boy’s heart when he went bounding up those stairs to share the wonderful news with his mother – only to discover, joy of joys, that Daddy had returned home in the night – was indescribable. I can feel the love of that moment when I hopped into bed to hug my father. The glow of that moment warms me yet today.

There have been, in the many years since 1931, no end of other “big boys” eager to tell me the “truth” about Santa and related matters. Unfortunately, there always are those who seem eager to shatter belief in ideals, those who want to laugh at dreams, those who delight in deriding faith. But they may as well not have talked to me at all, these “big boys,” for I learned the truth about Santa that Christmas morning almost 60 years ago. I believed in Santa then – and still do, and I dream dreams and keep an abiding faith in God and my country. During my life there have been many who have tried to shatter those beliefs. They needn’t have tried.

I still hang my stocking every Christmas Eve. This will be another Christmas without Mother and Daddy, and the joy of the season still is tempered by the realization that these familiar faces have disappeared from our family circle. But that’s only in the physical sense, for those wonderful, happy memories of Christmas past still remain. I can still hear the hearty laughter which rang in my ears as my very own Daddy, back from West Virginia on Christmas Day 1931, gathered me in his arms. Do not, dear friends, even try to convince me that there is no Santa Claus. The stockings will be hanging on Christmas Eve for all of our farflung family. And Santa Claus will come. He always has. He always will.

Adam Kelly (1924-1990) wrote The Country Editor column for The Parkersburg News & Sentinel – a sister newspaper of The Nashua Telegraph – for many years.

January 2020 ushered in a unique new law in New York state that abolished cash bail for defendants arrested for ...

Get your CVS Jabot

Why didn’t I think of that? A fabric scarf that looks like one of those CVS receipt tape worms. If you shop there ...

The contrast could not have been starker. One picture showed House Speaker Nancy Pelosi smiling as she signed (with ...

I’m often asked about the history of United Way here in Greater Nashua. It’s interesting to note that we were ...

Dr. Martin Luther King Jr. dedicated his life to creating a stronger, more equitable future in America, and his ...