Keys to the castle

“I would like you to do us a favor, though.”

There it is: the password to political power. Once, before the overwhelming infiltration of big money into politics and politics into big money, we thought the password to government of, by, and for the people was, “Let’s try to do the right thing” or, “The people have spoken,” but now, cash cronyism is the key to the castle.

To be clear: President Donald Trump did not start the corruption of our political processes. His administration is simply the pustule erupting from a festering boil of corruption that has been decades in the making. But either we see it for what it is now and disinfect it with a massive infusion of public involvement and principled public servants, or this ambitious American experiment will die.

Trump the candidate promised to “drain the swamp.” There was plenty of swamp to drain, as big oil, big pharma, big health care and big guns bought politicians who would “do them a favor” in return for swamp-monster-sized donations. They’ve produced a toxic sludge only they can thrive in. Voters and our families and communities can’t begin to compete, because we don’t have the means to do the kinds of favors the rich and powerful want.

Trump the president has welcomed the international kleptocrat community into Washington: Kim Jung Un, Vladimir Putin, the Saudi crown prince, Erdogan and others. Several of his own favorites are already in prison for various flavors of fraud. Every political and corporate strong-man and thief he’s ever dealt with is on speed-dial. And, of course, we know, because Trump himself released the call transcript, that when the new Ukrainian president asked for the defense money Congress already had approved, Trump’s response was, “I would like you to do us a favor, though.” And was the favor to improve the country’s human rights policies, contribute more of their oligarchs’ wealth to national defense, or clean up their own political system? Of course not. The favor was to dig up dirt on a political opponent.

It’s understandable that someone of Trump’s mentality and background would assume politics for personal profit is the norm. He’s seen it work that way most of his life. But cling to the hope that leaders will come through on promises to promote what a majority of us want: infrastructure projects, universal access to affordable health care, adequate funding for public education, gun regulations that don’t ignore the 2nd Amendment clause “…well-regulated militia,” strong action to combat and ameliorate the effects of climate change, and economic and social justice reforms. It is not surprising that so many have turned to someone who promises, “I alone can fix this” even though this is proving every heartbreaking day to be either a grandiose fantasy or a dangerous lie.

But Trump’s lie is not the biggest lie. The biggest, most pernicious lie is, “Everybody does it.” No. No, they don’t. People in power promote this lie to foster cynicism, hopelessness and inaction. They want us to abandon the moral and legal compasses given to us by our parents and grandparents and accept corruption as unavoidable. In fact, there are millions of honest, decent, hard-working people in this country who don’t break the law, break their promises for profit or excuse those who do. We are legion, and we don’t accept that government by oligarchy and kleptocracy is inevitable. We must demand that the people who serve us in our state and nation actually represent our values, as well as our immediate interests.

One impeachment, even if it is constitutionally warranted (which this most likely is) and successful, is not going to solve the problem of corruption in politics. We the people are going to solve it. We will demand transparency of our political candidates, ask what business ties they have, how much PAC money they receive, and who their corporate donors and supporters are. We must never again elect a president – or any state or national official – without seeing at least five years of income tax returns. We must find and support candidates who will fight for campaign finance reform, restrictions on lobbying, and transparency in all interactions between government officials and private corporations. The Constitution gives us the responsibility of creating a more perfect union. This is the time we must accept that responsibility with all the gratitude and fortitude we can muster.

Jean Lewandowski is a resident of Nashua. 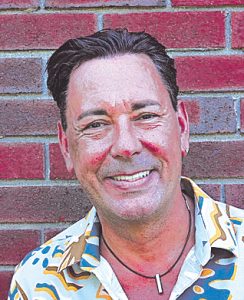 Living the life of Riley

To open or not to open (and how)? That is the questions for schools

At a recent indoor Presidential campaign rally in Arizona, the Trump team made all attendees sign disclaimers ...