I can name that tune

Anyone who has read my columns in the past probably knows I’m a music junkie. From Doo Wop to hard rock, my tastes run the gamut. But in addition to that, like most, my mind always associates a specific tune to a specific time in life. Some of those memories are good and some not so good. Let’s start the virtual Juke Box and see what’s in there.

Rock and Roll, from Doo Wop to Elvis, was just an infant in the 50’s and I remember it well because it was always playing in our house through my childhood on Tyler street. The King himself, Danny and the Juniors, Neil Sedaka (a prolific songwriter who made a comeback in the 70’s), the Everly Brothers, Buddy Holly and the Crickets, Bobby Rydell, Freddy “Boom Boom” Cannon and Jackie Wilson’s records were spinning on every local radio station and nationally on the iconic American Bandstand. Jail House Rock, At the Hop, Calendar Girl, Cathy’s Clown, Wild One, Tallassee Lassie and Lonely Teardrops were integral parts of popular DJ Alan Freed’s multiple stacks of wax. I can remember my sister’s teen parties where the most dangerous drug was the caffeine in the soda. Okay, the fat in the Wise potato chips may have been a bit perilous too. I was an Elvis freak and did impersonations of him as a five-year old, complete with guitar and swivel hips. I’m told I was pretty good but can only vaguely remember.

Moving along to the Sixties and my family’s new digs on Cedar street, the music scene changed dramatically. Culminating with Woodstock, I can remember listening to the Supremes, Temptations, The Beatles, The Yardbirds, The Kinks and The Animals while sitting on my cousin’s parking garage pavement with a classic 10 transistor radio (the more transistors your radio had, the cooler the radio was). Stop in the Name of Love, Get Ready, She Loves You, Heart Full of Soul, You Really Got Me and The House of the Rising Sun wailed in all their tinny wonder through that little electronic box. All was good in the world.

The early Seventies brought a slightly different rock genre with the likes of Led Zeppelin, The Moody Blues, Chicago (originally the Chicago Transit Authority), Stevie Wonder, Elton John, Queen and The Captain and Tenille played through the era’s latest technology, 8 Track Tapes, where any song could be interrupted with what appeared to be a cross between a buzz and a belch, while the tape moved on to the next track. It was like an audio tazing. To each his own, but to me, it was just good music. Classics like Stairway to Heaven, Ride My Seesaw, Feeling Stronger Every Day, Superstition, Rocketman, Bohemian Rhapsody and Love Will Keep Us Together kept our feet moving while sitting in a chair or busting a move on the dance floor. This music brings back memories of driving to work, to the beach, to my then fiance’s house, playing pool in the basement of a buddy’s house, sitting with friends having a beer at our favorite watering hole, The Stable (now Penuche’s) or just hanging out chilling.

The late seventies spawned the golden age of Disco. Leisure suits, disco dresses, white belts, white shoes and overdone cologne was the norm. Every guy did his best John Travolta impersonation with arms raised and fingers pointing on the dance floor, while each young lady in her disco dress tried her best to look like Farah Fawcett. The Bee Gees, Donna Summer, ABBA, The Village People, Gloria Gaynor and KC and the Sunshine Band ruled the airwaves and the Disco DJ’s playlist. Songs like You Should be Dancing, Hot Stuff, Dancing Queen, YMCA, I Will Survive, and Celebration played while we grooved under that hallucinogenic spinning object known as a disco ball, which was found in just about every nightclub of that era.

Oh man, I just ran out of quarters for that virtual Juke Box. Enough about me. Your turn: What tunes do you remember and what pieces of your life do they bring back memories of? 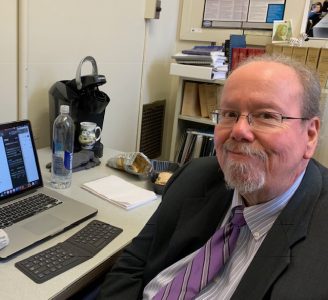