My fabulous trip to Las Vegas and potential plan for Boston: No more bets – an epilogue

I was hoping to win enough money in Las Vegas recently to underwrite a swanky weekend at the newly-opened Encore Boston Harbor resort. Before revealing whether I accomplished said feat, allow me to report on my recent trip to Lost Wages, Nevada, in late June. Oops, that may have been a subtle spoiler alert.

First, you’ll never guess where most of my non-gaming money ended up. Coffee. For the three of us, Lady Baba, granddaughter Sierra and me, the average coffee and pastry bill came to about $30 per morning. Compare at Dunkin’ for around $13. But again, when you visit Vegas, it feels like you’re using Monopoly money, so you don’t care that a blueberry muffin is $6. Chalk up over $120 for four mornings of Glitter Gulch joe.

What you spend in coffee, you more then get back in people watching. After nearly leaving my first born at a blackjack table at Bally’s, the dealer felt sorry for me and gave me his version of a matinee show by sharing his story. You decide if it was worth $150 for 10 minutes. Even Bob Kraft would balk at those rates.

“Art,” I’ll call him, was around 60-ish and used to book bands in the city. He met a woman in a group who went on to become his girlfriend. Since she was a musician, he asked her to teach him to play guitar.

“What song do you want to learn?” she asked Art.

“Purple Haze, by Hendrix,” he blurted, one of the most difficult songs one could start out with.

“I could’ve taught you 30 songs in the same time frame,” she reminded him. That’s life in the desert. Nothing is easy.

We stepped into Vegas’ version of Cash Cab, though I had no idea I was entering a car driven by a game show host wannabe. During the 20-minute ride to a restaurant, the driver offered a free fare (around $25) if I could guess, within 100,000, the population of greater Las Vegas. My estimate was 2.4 million. Final answer. Bzzzz. The dude claimed it is 3 million. I was off by 600,000. Further research later that night revealed the metro population to be 2.27 million. I barely missed it.

Same guy picks us up after dinner. Only took him 10 minutes to get to the restaurant. Half the 20 minutes on the first trip. I didn’t care because I tipped him in colorful Monopoly money. Now, back to the Boston leg of this story.

I just checked Encore Boston’s online room reservation pages. For starters, they are not accepting play money. If I want to stay this Friday and Saturday in the two bedroom residence, the weekend stay, complete with view of the Boston skyline, which I’ve seen a million times, is, is…wait for it: $13,956.62.

I did not win enough in Vegas to cover an Encore weekend “stayction.” That’s OK. I still know where to find a cup of coffee in Boston for under $6. 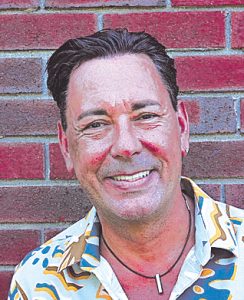 Disney on Ice: The show? Or the late genius?

In this time of the pandemic, children really will listen…

We all come from different backgrounds and have our own ways of problem solving. But what happens when we are all ...

In 2004, the Beat poet Lawrence Ferlinghetti (now in his 102nd year!) published a series of verses titled ...