Free will: It’s a complicated thing, but comes down to how you play your hand 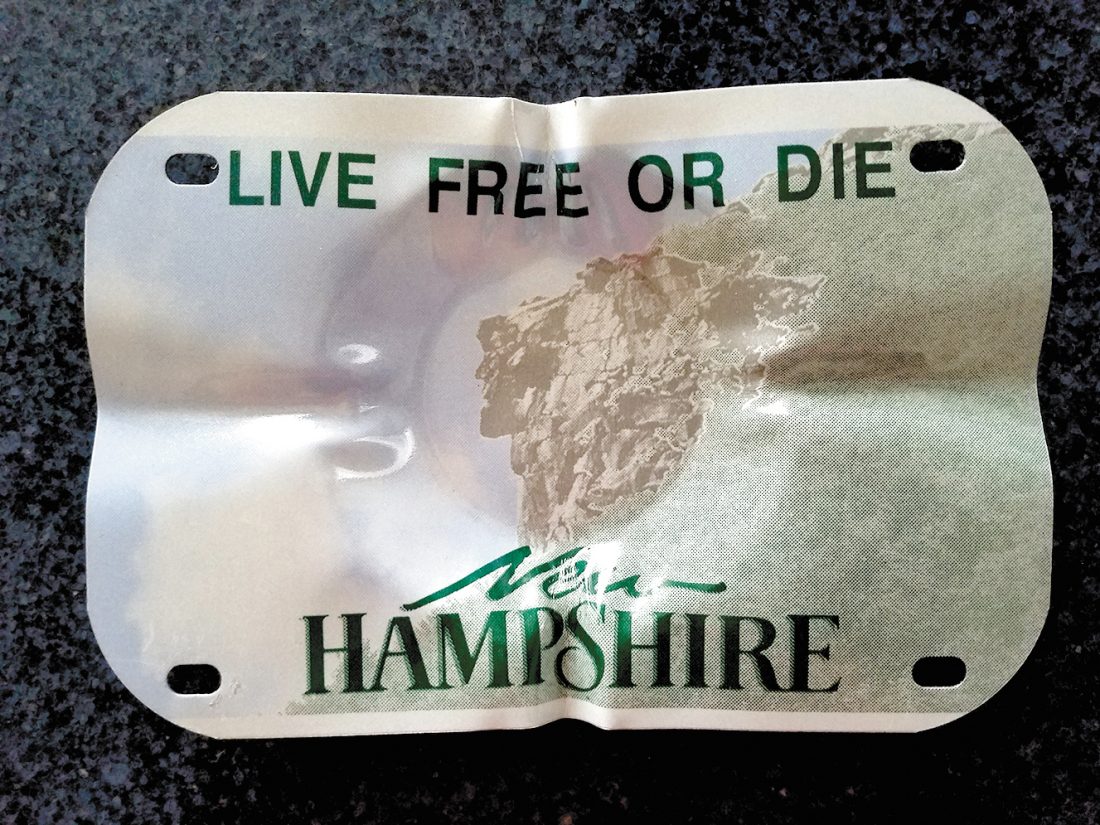 “Life is like a game of cards. The hand you are dealt is determinism; the way you play it is free will.” – Jawaharlal Nehru

“Live Free or Die,” the Granite State motto first emblazoned on the back of a coin, and then on license plates since 1971, dates back to 1809, and a letter written by Gen. John Stark, New Hampshire’s most celebrated American Revolutionary hero who led the American rebels in the Battle of Bennington. Thirty-two years later, unable to attend a reunion, the veteran penned a letter in lieu of his presence, adding the toast to his troops about the price and cost of freedom: “Live free or die. Death is not the greatest of evils.”

What, exactly, is free will?

In the 1980s, neuroscientists optimistically entered the field of brain research to unravel their understanding of the origins of actions in the brain that express free will. Three decades later, they have reached the same conclusion as the philosophers, namely, that free will is a complicated thing, far more complex than originally anticipated.

Hope springs eternal – by bridging the gap between disciplines. Bring the scientists to the same table with the philosophers!

A new 4-year $7-million grant from the John Templeton Foundation in West Conshohocken, Pennsylvania, and the Fetzer Institute in Kalamazoo, Michigan – just announced last week – will bring together a team of eight neuroscientists and nine philosophers spanning 17 universities in hopes that collaboration will break the impasse. The researchers will take on two important questions: What does it take to have free will? And whatever it is, do we have it?

Two weeks ago, the Brain Institute at Chapman University in Irvine, California, sponsored the International Conference on the Neuroscience of Free Will, attended by 90 researchers from 40 universities.

Science spoke with project leader Uri Maoz, a psychologist and computational neuroscientist at Chapman, about new directions in free will research.

The field of free will research began in 1983 with the work of physiologist Benjamin Libet and his peculiar discovery, a brain signal referred to as the “readiness potential” known to precede self-initiated actions. Libet found that readiness potential starts to rise even before a person reports being aware of their decision to move, causing some researchers to challenge the very existence of free will.

Maoz explained: “They tried to answer questions such as does brain activity only predict when you are going to move a hand, or could it predict which hand you move? Do these early predictive signals mean the decision has been made several seconds in advance? Or are they some kind of activity that biases the decision? We now know the question is much more complex and nuanced…What to investigate is not a scientific question. It’s a theoretical question…That’s [why] we need our philosopher colleagues. They have been thinking about free will for many years.”

What is the ultimate significance of the research?

Maoz: “There is value in doing basic science for its own sake because we never know what applications there could be in 10 years that we have not thought about right now…it may well turn out that neuroscience is not able to completely tell us whether or not there is free will. But I think studying it is important because it teaches us about processes in the brain and how things like volition come about.”

Issues of free will already impact legal and medical realms. This research has implications for the legal system which already distinguishes between voluntary and involuntary actions. Medically, free will research might further understanding of diseases like Parkinson’s where the patient has difficulty with self-initiated movement.

If you could encapsulate the idea of free will into one physical object, what would it be?

I nominate the book.

In Art & Physics: Parallel Visions in Space, Time & Light, brain surgeon Leonard Shlain explained why Gutenberg’s invention of the printing press overturned centuries of medieval darkness almost overnight: “The book, placed in the hands of the individual, allowed any person to drift away from the crowd in church and be alone. Individuality reasserted itself in this solitude and began to dominate the art and thought of Western civilization….It was the diffusion of books that split the landmass of the Church into an archipelago of individual thinkers.”

Carl Sagan: “What an astonishing thing a book is. It’s a flat object made from a tree with flexible parts on which are imprinted lots of funny dark squiggles. But one glance at it and you’re inside the mind of another person, maybe somebody dead for thousands of years. Across millennia, an author is speaking clearly and silently inside your head, directly to you. Writing is perhaps the greatest of human inventions, binding together people who never knew each other, citizens of distant epochs. Books break the shackles of time. A book is proof that humans are capable of working magic.”

C.S. Lewis: “Those of us who have been true readers all our life seldom fully realize the enormous extension of our being which we owe to authors. We realize it best when we talk with an unliterary friend. He may be full of goodness and good sense but he inhabits a tiny world….The man who is contented to be only himself, and therefore less a self, is in prison. My own eyes are not enough for me. I will see what others have invented. Even the eyes of all humanity are not enough….Very gladly would I learn what face things present to a mouse or a bee; more gladly still would I perceive the olfactory world charged with all the information and emotion it carries for a dog.”

In Everyday Tao, Deng Ming-Dao writes about the free will object of the book, how it is a living sign of hope in any and all desperate situations: “There will always be books – which can be hidden, which need no technology to open, which are not virtual but real objects…Books allow people to think for themselves, allow access to knowledge forgotten or even out of favor with the times. Books allow knowledge to travel over time and distances greater than the author could ever accomplish in person. More important, books encourage allegiance not to kings, but to the learning of the individual.”

Bernie Sanders’ clash with the hospitality workers union did not start the history of bad feelings about him in ...

The New Hampshire Legislature often is like turning a huge ship. It has to be done very slowly. Yes, the 424 ...

I am a Nashua resident since 2008, and since this relocation from Europe to Nashua: am the Minister of Music of The ...

Last year was difficult for reproductive rights in many parts of the country. State legislatures passed 25 abortion ...