Lessons from dead feminists – how women make a difference 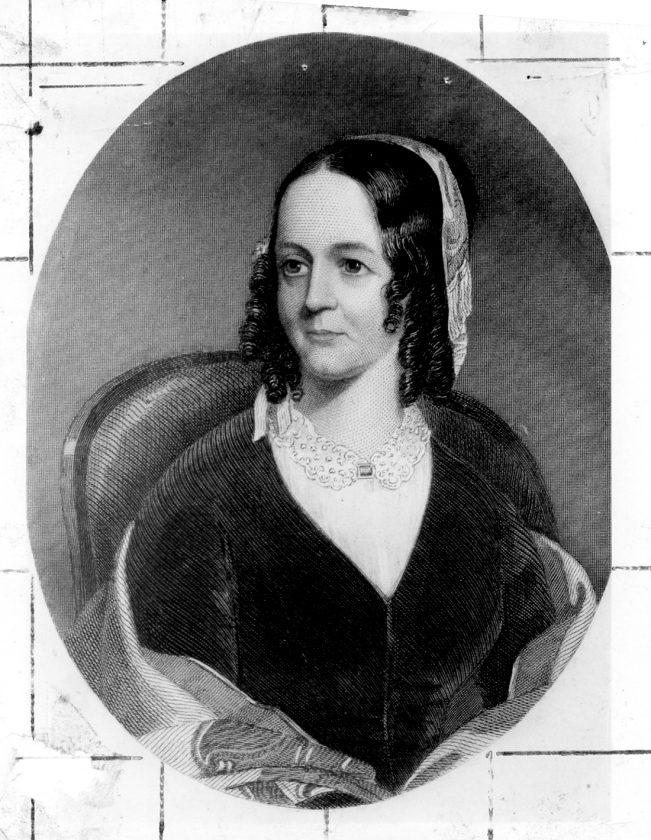 “To show what she has done. I have gathered from the records of the world the names and histories of all distinguished women, so that an exact estimate of the capabilities of the sex might be formed by noting what individuals have accomplished through obstacles and discouragements of every kind.” – Sarah Josepha Hale, 1853

So wrote Sarah Josepha Hale, of Newport, New Hampshire, the Granite State’s most famous feminist, the editor of Godey’s Lady’s Book. With its circulation of 150,000 prior to the Civil War, Hale became possibly the most influential woman in 19th century America.

In addition to her famous periodical, Hale also wrote a 900-page book on women’s history. She published her book in 1853 – titled Woman’s Record: Or, Sketches of all Distinguished Women, from ‘the Beginning’ till A.D. 1850. Arranged in Four Eras. With Selections from Female Writers of Every Age. It took Hale three years to write. Hale dedicated her book to “The Men of America” so they might learn “what a woman can do.”

Before heralding April’s arrival, I wanted to highlight some exciting new contributions to women’s history as of 2019.

The year 2020 will mark the centennial of the 19th Amendment. That is the amendment which prohibits denying citizens the right to vote “based on sex,” a major milestone in the suffrage movement, albeit a fight that, at the time, primarily benefited white women. The Women’s Suffrage Movement (Penguin Classics) anthologizes the wealth of writing related to the social crusade that changed the nation, through letters, speeches and articles from celebrated suffragettes as well as pieces on Native American and African-American women about the experiences of minority women.

Women: Our Story (DK) is an encyclopedic view of women’s history. Packed with illustrations, photos, vintage ads, historic memorabilia, and scholarly analysis, the book highlights celebrated figures such as Sojourner Truth, Maya Angelou, and Simone de Beauvoir and many lesser known women. Journalist Rebecca Boggs Roberts, in her foreward, writes with urgency: “When we neglect women’s stories, we aren’t only depriving women and girls (and boys) of role models and empowering lessons; we are getting history wrong.”

In another graphic overview, writer Jen Deaderick and artist Rita Sapunor paint a portrait and women and equality across history in She the People: A Graphic History of Uprisings, Breakdowns, Setbacks, Revolts and Enduring Hope on the Unfinished Road to Women’s Equality (Seal), organized in 12 sections covering two centuries of history, a book rampant with rousing quotes, clever cartoons and other illustrations.

Who rules? All Hail the Queen: Twenty Women Who Ruled (Chronicle) presents lady leaders, 12 notable stateswomen – celebrated ones like Cleopatra, Catherine the Great, Elizabeth I, and Marie Antoinette – but other unsung leaders like Japanese ruler Himiko and Maya Queen Lady Six Sky. Some were born to monarchy, others through marriage. But all of them lived lives marked by pomp, circumstance and spectacle.

Author Jennifer Orkin Lewis: “Had they followed the cultural norms of their times, they ought to have been quiet and unassertive. Each and every one of them overcame those expectations and made her mark on the culture and people she ruled.”

One book in which the author is personally connected to the narrative is Era of Ignition: Coming of Age in a Time of Rage and Revolution (Crown Archetype). Actor Amber Tamblyn, a childhood actor at age 12, discovered how limited her options were in the distinctly male-dominated entertainment industry as she approached the age of 30. Earnest, honest and candid, Tamblyn writes about her own feminist awakening, discrimination and sexual assault in the workplace, and the ways that negatives turn to positives, when “dissatisfaction becomes protest…accusations become accountability…[and] revolts become revolutions.”

Another investigation into bias is Invisible Women: Data Bias in a World Designed for Men (Abrams). Feminist academic Caroline Criado Perez, after conducting numerous studies in Europe and the U.S. concludes that the figures – the numbers describing everything from health care systems to workplace conditions to public transportation – are, categorically, inherently biased because they use men as a standard reference. Perez: “Most of recorded human history is one big data gap.” Applying her findings to the daily experience of women – as breadwinners, wives and mothers – Perez brings data – and the consequences of its bias – to life.

Social activist Feminista Jones explores the way in which black women are claiming their voice via social media in Reclaiming Our Space: How Black Feminists Are Changing the World from the Tweets to the Streets (Beacon). Jones: “Go to almost any social media platform today and you will see a gathering of some of the most important feminist thinkers of modern generations.”

Lessons learned from history come together in Pamela S. Nadell’s book America’s Jewish Women: A History from Colonial Times to Today (Norton). While covering the broad spectrum of diversity within the Jewish community – from orthodox households to women who set aside their religion to pursue careers – Nadell presents the common ground of the collective history of Jewish women in America.

When I contemplate the nature of female change-makers, there are a few qualities that I find are common to those who made a difference, qualities I observed first hand as biographer of pioneering violinmaker Carleen Hutchins. These qualities follow a linear progression – curiosity, courage, common sense, creativity, confidence, caring, collaboration, and community.

Curiosity is the spark. Without curiosity, no one observes anything. Curiosity spurs the imagination to make sense of what is, and to dream of what could be. Curiosity needs courage. From Harriet Tubman who, as a Union Army spy, organized the military raid to release 700 slaves to Rywka Lipszyc whose diary was found in the ashes at Auschwitz, a teenager who dared to document losing her entire family – curiosity needs to have courage to voice itself and defy expectations.

Common sense comes into play when one is navigating unknown territory, filling a void, or going where no woman has gone before. Flying solo, without instructions or precedent, you make the path up along the way, inventing from nothing, as all inventors do. Invention needs the chutzpah that comes from some inherent belief in oneself and the possibility of change.

Observation and belief are nothing without action. Confidence, as with the Muse, does not just arrive. Women who made a difference did not wait on inspiration, or wait for permission; they pursued their path with a vengeance and a passion. Confidence emerges from the doing itself. Even – or perhaps especially – in fearsome situations, action placed on top of belief builds confidence.

Passion has a color – passion about anything suddenly makes the passionate person identifiable, visible, and memorable. They become known by intensity, by how much they care. Caring leads one to reach out to others and the willingness to engage others in a similar cause. And a new, different kind of energy comes out of the catalyst of collaboration, an energy that is totally different from the solitude of going solo. Out of collaboration comes another added layer of energy, the energy of community.

Bernie Sanders’ clash with the hospitality workers union did not start the history of bad feelings about him in ...

The New Hampshire Legislature often is like turning a huge ship. It has to be done very slowly. Yes, the 424 ...

I am a Nashua resident since 2008, and since this relocation from Europe to Nashua: am the Minister of Music of The ...

Last year was difficult for reproductive rights in many parts of the country. State legislatures passed 25 abortion ...