A farewell to my readers

In 1987, I wrote my first weekly column, carried at the time by only two newspapers. Today, I write my last, having appeared in scores of publications over the years. It has been a great ride. I’ve written about presidents from Jimmy Carter to Donald Trump, weighed in on topics from genocide and nuclear arms to popular culture and marriage, shared my personal story and that of my ancestors. My audience embraced or rejected me as a conservative, castigated or complimented me as a liberal-in-sheep’s-clothing and flattered or insulted my moderation. My one principle has always been to write what I believe, but also to marshal evidence in support of my positions. Consistency mattered to me, but if I changed my mind on something important, I tried to explain why.

It is difficult to leave a job you love, but it’s time, especially when what attracted me to it in the first place seems to have disappeared. When I first started writing, my intent was to inform as well as to give my opinion. I wrote more to try to change the minds of those who might think they disagreed than to reflect those who already agreed with my point of view. And my mail told me that I often found a grudging respect even among those who stuck with their firmly held objections. But lately, especially since the last presidential election, I’ve found views hardening to the point that many people just tune out those with whom they don’t agree. It has been particularly hard for me as a conservative who finds those in her camp now hold views that seem diametrically opposed to the vision that once defined conservatism: belief in the free market of goods, services and ideas; limited government; a welcoming nation that attracted millions who wanted a better life and could think of no finer place in which to build it than the United States of America.

I will continue to write, perhaps less often but at greater length, and I will continue to try to change hearts and minds when I think our leaders are headed in the wrong direction. I believe we are in perilous waters now. In my nearly 72 years, I can’t recall a time when we were more divided, not even during the turbulence of Vietnam. I’ve had major disagreements with administrations, even those of presidents I voted for, but I’ve never been so concerned that the institutions of government were in peril. I’ve believed that politicians sometimes mislead for their own purposes – whether it was President Barack Obama promising Americans they could keep their doctor under the Affordable Care Act or President George H.W. Bush promising “no new taxes.” But I have never believed that our leaders intentionally lied – that is, until President Trump. And even now, I sometimes wonder if he lies or just invents things because he doesn’t bother to learn the facts or can’t accept anything that doesn’t confirm his gut.

This week marked a turning point in our public life, however – a true test of our constitutional framework. After an exhaustive investigation, special counsel Robert Mueller made it clear that Congress is the proper forum to decide whether the president of the United States obstructed justice in the investigation into Russian meddling in the 2016 election. We have been down this path twice in my lifetime. In 1974, I was a young staffer on the House Judiciary Committee, when impeachment proceedings were launched against Richard Nixon. In 1998, I was writing this column when the House of Representatives voted articles of impeachment against Bill Clinton. Both men were accused of obstructing justice; neither was convicted, but Nixon had the good grace to step down, as I believed Bill Clinton should have as well.

Ours is a system that proclaims no man is above the law. Our Founding Fathers intended that power be divided among three branches of government, each with its own function, to ensure that no one branch could accumulate too much power. This system has kept us free and prosperous for nearly 250 years, the oldest constitutional government on earth. Whether we remain so will depend, at least in part, on the next few years.

I pray for our nation and encourage readers to seek the facts, even when they don’t like what they find. And I thank you for allowing me to share my opinions for so many years. If I haven’t always changed your mind, I hope I’ve encouraged you to keep it open. 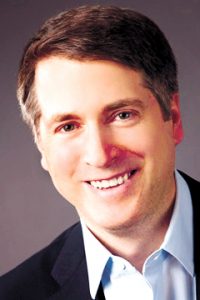 The return of the tea party 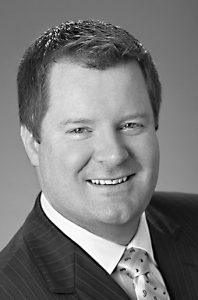 The president needs to focus on re-election 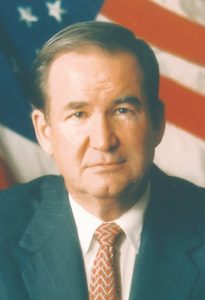 A fatal failing of establishment elites