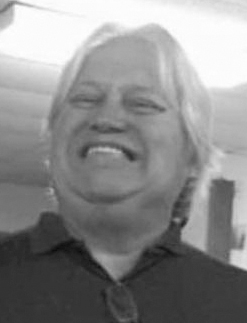 NASHUA – John “Jack” Charles Duncan Jr., 65, died peacefully Friday, June 19, 2020, at Applewood Rehab in Winchester, NH after a courageous battle with heart disease and diabetes. Jack was the beloved husband of Deborah J. (Gaynor) Duncan with whom he shared 45 years of marriage.

Jack was born in Boston, Massachusetts on November 17, 1954 and was the son of the late John C. Sr., and Francis Madeline (Morse) Duncan.

He attended Revere High School where he was the quarterback of the football team, an avid hockey player who was awarded a scholarship, and played at the Boston Garden. He pursued the rest of his high school education at the Northeast Regional Trade School in Wakefield, MA. After high school he became a pipefitter by furthering his education through school as part Local 537 Boston Union. He had a successful career as a pipefitter and was awarded a 40 year membership.

In his free time, Jack’s true passion was music. He truly loved performing with the Jack Duncan Band when he would play guitar, bass, and sing. His band became known as the benefit band because he was extremely active in performing at various benefits to raise money for organizations in need. He was at one time, recognized by the American Heart Association as a member who raised the most money. In his younger years, he enjoyed coaching football and softball for 13 years in Nashua. Jack will forever be remembered for the amazing person he was. He could strike up a conversation and make a friend anywhere, and his family and friends cherished how fiercely he loved. He was lovingly referred to all as Grampy by many who knew him. Above all, his most cherished time was spent with his family and friends.

In addition to his wife, Deborah, he is survived by his five daughters, Darlene Duncan of Nashua, Jeannette Donaghy and her husband Timothy of Nashua, Joanna Sonia and her husband David of Hooksett, Christina Duncan of Nashua, and Gina Duncan and her fiancé Gage Dry of Nashua; his eight grandchildren, Brian, Ryan, Alyssa, Adam, Lena, Michael, Adrienne, and Hunter; and his great-granddaughter Bella. He is also survived by his two siblings, Elizabeth Detucci of Salem, NH and Scott Duncan and his wife Peg of Saugus; his father-in-law/father figure, Joseph J. Gaynor of Nashua, his in-laws, Linda Weber and her husband Ed of Nashua and Richard Gaynor and his wife Denise of Pelham; as well as several nieces, nephews, cousins, extended family, and many close friends and Grampy to many other friends of the family.

Jack was predeceased by his brother-in-law, Frank Detucci and his mother-in-law, Concetta (DeCologero) Gaynor.

With strict guidance due to Covid-19 relatives and friends are invited to Jack’s WALK THROUGH visitation on TUESDAY, June 23rd from 4 until 8 PM at ROCHETTE FUNERAL HOME AND CREMATION SERVICES, 21 Kinsley Street, Nashua. His Funeral Mass will be held on WEDNESDAY, June 24th at 11 AM in St. Christopher Church, 62 Manchester Street, Nashua. Interment will follow in St. Francis Xavier Cemetery, Nashua. Donations may be made in Jack’s name to Rochette Funeral Home and Cremation Services to defer the cost of funeral arrangements or to the American Heart Association or American Diabetes Association. To leave an online condolence, story, or message please visit www.ANCTIL-ROCHETTE.com.