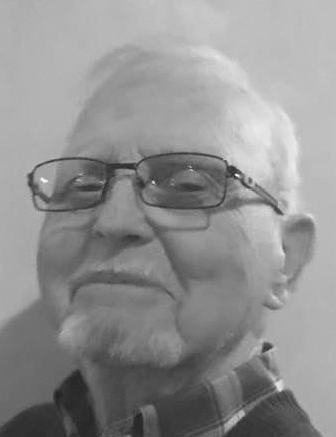 Nelson Everett Cropley, formerly of Hudson, NH, passed away on March 17th, 2020 surrounded by family at his home in Kyle, TX.

Born in 1939 to Clarence and Dillis Cropley, Nelson grew up in Danforth, ME with his 12 brothers and sisters. Nelson graduated from Danforth High School in 1957, and soon after moved to Connecticut and found work as a school bus driver. It was in the course of this work that he met his wife Eleanor, who was teaching at a school on his bus route.

The two married in 1965 after a brief courtship, and made their first home together in East Granby, CT. Their first son, Timothy was born in 1968 and the new family moved to the Nashua area, where they had their twins Peter and Maty in 1972. Ellie continued her teaching career and Nelson worked for Nashua Corporation and then Circuitest. Nelson enjoyed taking care of his home and family on Frenette Drive in Hudson. He was an avid woodworker and birdwatcher, and enjoyed going out for breakfast to meet with friends. Always friendly and affable, Nelson made easy friends everywhere he went. Ellie and Nelson attended the First Baptist Church of Hudson for many years and enjoyed serving and worshipping alongside its community of members.

Left to remember Nelson are his children Timothy Cropley and his wife Stacey, of Kyle, TX, Peter Cropley of New Orleans, LA, and Maty Cropley of Jamaica Plain, MA; his two grandchildren, Colin Cropley of Gilsum, NH and Kayty Kirby and her husband Charles, along with Nelson’s new great-grandson William Everett of Nashua, NH; his surviving sisters and brother and their families; Sally and Ben Johnson of Scarborough, ME; Donna and Russell Grass of Brookton, ME; Virginia Cropley of Houlton, ME, his brother Gary Cropley, Sr. of Houlton, ME; his in-laws, Anna Morton, Anders and Evelyn Hansen, Shirley and Frank Williams, and many cousins, nieces, nephews, and other close friends, and beloved neighbors.

A remembrance and service will be scheduled for later this year, given the current circumstances. We can best remember Nelson right now by taking good care of ourselves and our families and helping those in need when and where we can. He certainly would have wanted us all to remember that.