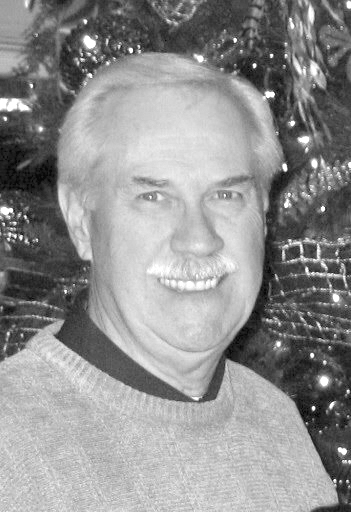 “And the king said unto his servants, Know ye not that there is a prince and a great man fallen this day in Israel?” (2 Samuel 3:8). By God’s grace, these words of Scripture are a poignant summation of the loss of James Garfield Loring, dearly loved and admired by his family and friends. Jim grew up in Salem, NH and attended Salem High School, also having learned numerous practical skills on his father’s farm. A fun-loving and down-to-earth soul, Jim enjoyed the good things of life, excelling in ice hockey, baseball, coaching, and carpentry in his earlier years. In more recent times, he enjoyed playing golf, planting and caring for flowers, and working on puzzles with his beloved wife, Reva, as well as bringing his family much laughter with his made-up phrases and creative, trademark sounds. His grandkids will always have special memories of the long talks, card games, fishing, and spending nights watching “Quincy” along with that traditional family staple, lemon cake. His blue eyes had that special “twinkle,” and his warm smile exuded the tenderness of a heart touched by Jesus Christ. A hard worker, Jim worked many years in the printing industry (longest standing positions with Shaw Print, Souhegan Color, and Puritan Press). His handyman skills were also used to help the family many times. It was his godly characteristics, however, that will be especially remembered with fondness: his prizing of Christ in sickness as well as health; his growing and fervent love for the Word of God; his humility in always preferring bills of indictment upon himself, and justifying and enjoying God in his afflicted condition. His marriage to his first wife, Barbara Loring, was marked by faithfulness and love as he cared for her through her illness right to the very end. His second marriage to Reva was endowed with the same strength of loving fortitude, providing gentle leadership and security. For these things and so much more, he will be acutely missed, but the reunion in heaven will be sweet indeed.

Due to current public health and safety concerns, funeral services for Jim will be limited to immediate family members and held privately. Jim’s interment will take place at Edson Cemetery in Lowell, MA. We thank you for your understanding during these difficult times.

For those who wish, memorial contribution’s in Jim’s memory can be made to the Ligonier Ministries, 421 Ligonier Ct. Sanford, FL 32771 or online at www.ligonier.org