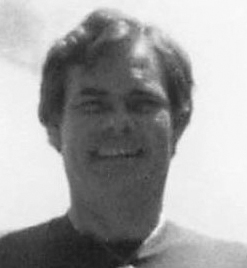 NASHUA- F. Ellis Merrill, 81, died peacefully on Tuesday, May 19, 2020, at Southern New Hampshire Medical Center. He is the beloved husband of Katherine (Kane) Merrill with whom he shared 37 years of marriage.

Ellis was born in Claremont, NH on September 22, 1938 and was the son of the late Francis and Marion (Kelley) Merrill. He graduated with an associates in mechanical drafting from New Hampshire Technical Institute.

Prior to his retirement, Ellis worked as a photographer and owned and operated Merrills Photography. He also worked as a mechanical engineer for Digital and Compaq. He was also employed previously at Lincoln Labs, MIT and Johnson and Johnson where he created a new part for knee replacement.

In his free time, he was an avid outdoorsman. He would enjoy hunting as well as hiking. His true passion was photography and he was a member of the Nashua Camera Club, a member of the band at the Senior Center, where he would play the washboard; and the Nashua Photographers Forum. Ellis loved to make wine and liked to study mushrooms and was a member of the Massachusetts Mycological Society. however, above all, his most cherished time was spent with this loving family.

In addition to his wife, Katherine, he is survived by his two sons, Scott Merrill of Londonderry and Shawn Sheehan of Nashua; his three grandchildren, Samantha Marion Merrill, Hollie Surprenant and Hydie Suprenant; his two great-grandchildren, Odin and Carter. He is also survived by his brother Frank Merrill and his wife Rhonda of Lewistown, PA; and his aunt Naomi Kelley of Buffalo, NY; and many beloved cousins, nieces, and nephews.

Ellis was predeceased by his brothers, Dennis and Thomas Merrill.

Due to current public health and safety concerns, funeral services for Ellis will be limited to immediate family members and held privately. Arrangements entrusted to the care of ROCHETTE FUNERAL HOME AND CREMATION SERVICE, 21 Kinsley Street, Nashua. To leave an online condolence, story, or message please visit www.ANCTIL-ROCHETTE.com