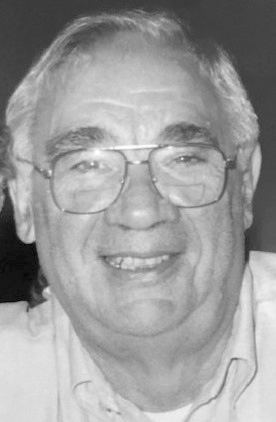 On May 16, 2020 Carl William (Maxmillian) Schaefer, 87, of Bedford NH, was called by the Angels to be reunited with his wife Grace in Eternal Peace and to be in the presence of their Lord and Savior, Jesus Christ.

Carl was born on March 6, 1933 in the Bronx, New York to Markus and Margaretha (Forst) Schaefer. He graduated from Power Memorial High School in the Bronx in 1950 and was a graduate of Manhattan College in 1954 with a degree in electrical engineering. In 1972, he received his Master of Science Degree in Management from Rensselaer Polytechnic Institute. Carl began his engineering career at Sperry Gyroscope, where he met and married his wife Grace on July 31, 1955. Together they raised two sons and a daughter. Carl went on to work at Benrus Technologies in Connecticut and Sanders/Lockheed-Martin in Nashua.

Carl was an active family man, serving as a coach for his sons’ little league teams, taking his children to professional ball games ( football, baseball, basketball and hockey) and taking up skiing, which he continued to enjoy well into his seventies, when his mobility was affected by MS.

After his retirement from Sanders in 1998, Carl was an active volunteer for several organizations. He and his wife Grace delivered meals for the St. Joseph’s Community Services Meals on Wheels program. Carl also was a volunteer with Share Outreach and provided rides for the elderly to essential appointments and up until this last tax season, Carl also assisted those in need with their federal income tax filings. Additionally, he followed current events diligently, often contributing his thoughts and concerns to the Nashua Telegraph Letters.

Carl and Grace also enjoyed traveling, having taken several cruises, visiting Italy and Germany, and by far, the trip that had the most lasting impact, was their trip to Africa. In his spare time Carl enjoyed reading and was a regular at the Amherst Library and was also a master at Sudoku. Carl enjoyed watching most major league sports, however, the one thing everyone knew about Carl is that he was a die-hard NY Giants fan.

Before moving to Bedford in July 2019, Carl was a resident of Amherst and a parishioner at St. Patrick’s church in Milford for the past 42 years.

Along with his wife Grace, Carl has been reunited with his parents Markus and Margaret, his grandson William Reuben Schaefer, granddaughter Rebekah Grace Schaefer, and son-in-law Patrick McRae.

A family service will be held on May 22, 2020. In lieu of flowers donations in Carl’s memory can be made to Share Outreach, Milford, NH or St. Joseph’s Community Services, Meals on Wheels, Merrimack, NH. Arrangements are in the care of Smith & Heald Funeral Home, 63 Elm Street, Milford, NH. To share a memory or offer a condolence, please go to www.smith-heald.com.