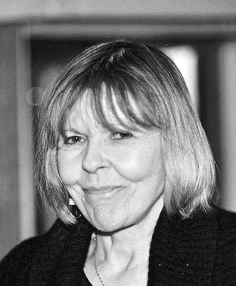 Dorothy “Dottie” Oliver died on May 18th, 2020 peacefully at her home in Durham, NH; born on January 7th, 1940 in La Junta, CO, the daughter of Mike and Ethel Willett.

As a young girl, Dottie lived on her family farm in the foothills of Colorado, where she rode horses with her older sister, Marylou. At the age of eight, her family moved to Denver where her mother taught public school and her father coached high school sports. After graduating South High School in Denver, she moved to Vermont and attended Bennington College where she studied dance and literature.

Dottie graduated Bennington in 1962 and then returned to Colorado where she earned a teaching certificate at the University of Denver in 1963. She then went on to teach school in Denver, Germany, and Quincy, MA. After teaching GI’s at night in Germany, she decided adult education would be her career.

In 1972, with a move to Nashua, NH, Dottie founded the Adult Learning Center to serve the 28% of the city population that had not completed high school. When she left 13 years later, she had begun 14 different programs for undereducated and low income adults including an alternative school for teens, a GED program, program for speakers of other languages, a displaced homemaker program, as well as a job training and childcare program.

During this time, Dottie obtained her Masters in Education Administration from Antioch University and served on a seven community boards in Nashua.

In 1985, to further adult education opportunities for low income and under educated adults, Dottie began working for the State of New Hampshire in the Adult Basic Education office and was responsible for the state staff development and GED testing. Between 1985 and 1998, with other adult educators from Maine, New Hampshire, and Vermont, she participated in developing a literacy awareness and staff training process called Literacy Theater.

This acting troupe traveled to 47 states to perform skits and train adult educators. Dottie wrote the book, “Literacy Theater,” for this training, detailing her experiences with adult students and literacy practitioners.

In 1999, Dottie became the Bureau Chief for the State of Education Division, responsible for the implementation of the Federal Elementary and Secondary Education Act. In 2001, this act was reauthorized as No Child Left Behind. For almost 5 years, she worked on implementing this law in New Hampshire until she retired in 2005.

In her lifetime, Dottie managed to travel to 35 countries, attend book groups, play competitive tennis, and feed the homeless. Her proudest accomplishment remains the founding of the Adult Learning Center, which has become a vibrant and vital part of the greater Nashua community.

Dottie spent her last 20 years in Durham, NH. While living on the shores of Great Bay, she became an active member in the Durham Unitarian Universalist Fellowship, continued her community work, spent time with her many friends, and became a Master Gardner.

A service for Dottie will be performed in the future on a date yet to be determined. In lieu of gifts and flowers, Dottie asked that donations be sent to the Adult Learning Center, 4 Lake St., Nashua, NH, 03060.