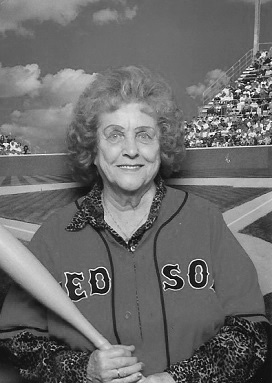 Veronica Irene Lilley, 89, of Nashua, widow of Frederick J. Lilley, passed away at her home, Saturday afternoon, March 28, 2020, after a period of declining health.

Mrs. Lilley was born in Wilmington, Massachusetts on August 26, 1930, a daughter of the late Harry and Bertha (Miller) Tovey. She resided in East Boston and Wilmington, MA for many years before moving to Nashua where she has made her home for the past 29 years.

Veronica was a devoted wife, mother and grandmother, who was known by all as “Nana T”. She especially loved family cook-outs, traveling on cruises and enjoyed watching her favorite Boston sports teams.

She and her husband Fred were married on February 25, 1951 at St. Thomas Church in Wilmington, MA and shared 31 years together until his passing on October 18, 1982. Veronica was also predeceased by a sister, Marion Smith; two brothers, John and James Tovey; and her son-in-law, Leo Paul Nangle.

Members of her family include her three children, Veronica I. “Ronnie” Nangle, Deborah J. Smith and her husband Kevin, all of Nashua, and Frederick J. Lilley Jr. and his wife Rhonda of Searsmont, ME; eight grandchildren, Christopher Nangle and his wife Delilah, Joshua Nangle, Christopher Smith, Holly Duchesne and her husband Jeffrey, Corey Smith and his partner Nina Raymond, Alyssa Ames and her partner, Wayne May, Freddie Lilley and his partner, Alison Hatch, and Crystal Boynton and her husband Brian; fifteen great-grandchildren, Ayana, Damien, Elizah, Mia, Ava, Navious, Neezabella and Christian Nangle; Jacob, Brady and Isabella Duchesne; Amelia and Oliver Smith; Austin Ames and Brayden Roberts; a great-great-granddaughter, Jasmine; two sisters and brothers-in-law, Jeannie and Norman Rouleau and Rose and Bobby Letellier; and many nieces, nephews and cousins.

The family is very grateful to her daughter Deborah, who provided loving care and support of Veronica in her home 24/7 for the past four months. Veronica will be missed by all who knew her.

Services and interment will take place at a later date. Donations may be made in her memory to Home Health & Hospice Care, 7 Executive Park Drive, Merrimack, NH 03054.

Arrangements are in the care of the FARWELL FUNERAL SERVICE, 18 Lock Street, Nashua. www.farwellfuneralservice.com