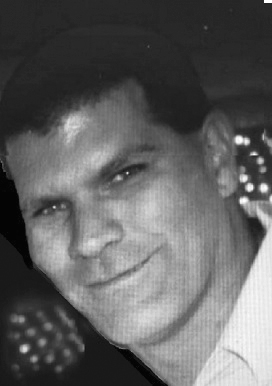 A resident of Nashua for the past twenty years and formerly of Somerville and Malden, MA, Ron was well known in the community for his involvement as a football coach for the (PAL) Police Athletic League and also coaching baseball. Whether he was watching his daughter Sam cheer for PAL or coach his son Nick, he was known and loved by all on the field.

Ron was employed as a Project Manager at Team Mechanical. He thrived in his role and had the reputation as a hardworking and dedicated employee. He was known as the heart of the company.

Ron is survived by his wife and childhood sweetheart, Lianne M. (Abell) DiGesse; his daughter, Samantha Madly DiGesse and son, Nicholas Ronald DiGesse; his sisters, Tina DiGesse of Lexington, MA, Katherine Troiano and her husband (his Buddy-in-law) Joseph and their son, Christian of Tewksbury, MA; his mother-in-law and father-in-law, Yvette and Kevin Abell; sister-in-law and brother-in-law, Tracy (Abell) and Robert O’Neill; and many nieces, nephews and friends that adored him. Ron was predeceased by his parents, Ronald John Sr. and Katherine Theresa (Kinney) DiGesse.

Ron walked into any room and made friends with everyone there. He touched the hearts of every person he met with his bright smile, big hugs, and bellowing laugh. He loved fixing up his yard or house, laughing away with friends and family, but most of all he loved being with Lianne, Sam and Nick. One thing about Ron not being here is that he doesn’t have to witness.

Tom Brady leaving the Patriots. Super Bowl Sunday will not be the same without him sitting front and center yelling at the screen. We’ll all miss him dearly.

A celebration of life will be held at a later date.

Arrangements are in the care of the FARWELL FUNERAL SERVICE, 18 Lock Street, Nashua. www.farwellfuneralservice.com.