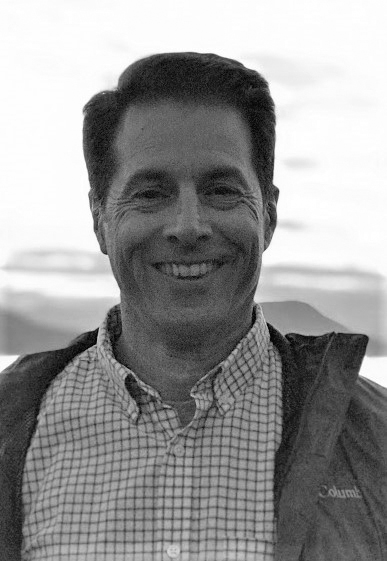 David Thomas Grebowski, 56, of Nashua, NH, passed away on Monday, March 23rd after a full and happy life. He was surrounded by his family as he went bravely into the unknown.

Dave is survived by his wife, Laurie, who was the love of his life, and the frequent target of both his unrivaled sweetness and relentless sense of humor. He also leaves behind his son Peter Grebowski (“Bud”), daughter Emma Nonnweiler (“Butterbean”), son-in-law Tommy Nonnweiler (“Tom-Terrific”), and future daughter-in-law Sara Rainer, with whom he shared many adventures, laughs, and beef jerky. His dog, Dixie, always remained by his side.

Dave is also survived by his loving parents Frank and Angela Grebowski, brother Frank (Leona) Grebowski, sisters Chris (Eric) Gardner, Caryn (Fernando) Argeles, and Caryl (Chris) Maltese, his mother- and father-in-law Christine and Joseph Reilly, and his sister- and brother-in-law Patti (Steve) Barrett and Joe (Kim) Reilly. He was fortunate to have 21 nieces and nephews, their partners, and 2 great nephews in his life.

Dave was born on July 7th, 1963 in Jersey City, New Jersey. He spent his formative years as a proud Pittsburgher and remained a loyal Steelers fan throughout his life. Dave graduated from Upper St. Clair High School and went on to become a Penn State Nittany Lion. He graduated from The Pennsylvania State University where he studied Architecture and Marketing, and where he met his future bride (with a little help from The Who).

Dave built a successful corporate career in sales and marketing before eventually following his love of design into the Kitchen and Bath design and remodeling business. In 2013, he and Laurie moved to Nashua and realized their dream of owning their own design showroom, Fay’s Fine Cabinetry.

Dave invested as much time and care into building his community as he did his business. He was a member of the Nashua Downtown Improvement Committee, the Nashua Community College Advisory Board, the Deering Lake Improvement Association Board of Directors, and a dedicated Board Member and volunteer for the Nashua Soup Kitchen & Shelter. He treated each of his responsibilities with the utmost importance, giving his time and creativity to make local events special. From the annual NSKS Dinner Auction, Nashua’s Holiday Stroll, The Taste of Nashua, to neighborhood block parties, Dave never did anything half-way.

Dave also took time to enjoy life and be with his family. His favorite place to do this was at the family’s “camp” on Deering Reservoir where when he was not actively rebuilding it into his dream cabin to share will family and friends, he would nap in the hammock, fish off the dock, float in the water with a beer in hand, and sit for hours next to a crackling fire (which he made sure was always carefully crafted to his satisfaction).

When not at the lake, Dave found joy in simple pleasures. He spent his time playing guitar, hiking and exploring with family, and fixing anything that needed fixing. A lover of food, he enjoyed cooking with and for his family, trying new and exotic delicacies (especially the ones that didn’t appear “delicate” at all), and preserving his family’s longstanding traditions like a Christmas Eve feast of pierogis and the Seven Fishes. He was a sucker for a good “dad joke” and always the first to recognize a pun. He would re-watch his favorite movies on a regular basis and felt the need to enlighten you if you hadn’t seen a classic like The Natural or My Cousin Vinny.

Dave is someone who will never be forgotten by those who have had the pleasure of knowing him. So genuinely kind and appreciative of life, he made every day count. And though his time was unfairly cut short, those close to Dave knew that he was not afraid when it became time for him to go. Instead, he was grateful for the life he lived.

Dave’s family would like to give their sincere and heartfelt thanks to the doctors and staff at Dana Farber Cancer Institute and Brigham & Women’s Hospital, as well as the supportive staff and volunteers at the Pancreatic Cancer Action Network.

Memorial services are on hold due to the COVID-19 outbreak and will be announced at a later date. In the meantime, if you would like to make a commemorative gift in Dave’s honor, please consider a contribution to the causes that were dear to him: Nashua Soup Kitchen & Shelter, and the Pancreatic Cancer Action Network. Arrangements have been entrusted to ROCHETTE FUNERAL HOME & CREMATION SERVICES, 21 Kinsley Street, Nashua, N.H. 03060. To leave an online condolence, story, or message please visit www.ANCTIL-ROCHETTE.com.