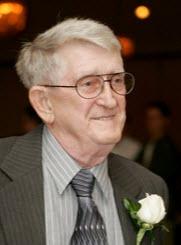 Conrad was born on the 30th of March in 1930 in Nashua, New Hampshire. He was educated in the Nashua school system, and went on later in life to attain his Bachelor’s Degree in Business Management from Northeastern University, in Bedford, Massachusetts.

Conrad was a veteran and had served in the NH National Guard and then volunteered for active duty in the United States Air Force during the Korean War. After serving in the military he was a civilian employee at Hanscom Air Force Base in Bedford, Massachusetts and continued his employment there until he retired.

Conrad is predeceased by his parents Leo T Pinet and Andrea R Pinet in 1991 and his son Guy Michael Pinet of Nashua in 2016.

Funeral services will be held in the chapel at the New Hampshire State Veterans Cemetery at 3:00 p.m. on December 19, 2019.  The services are public and all are welcome to attend.