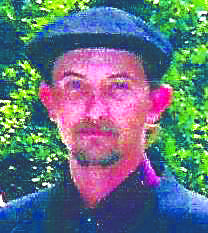 He was born in Nashua, NH on June 26, 1968, a son of Gordon D. and Suzette M. (Deschenes) Kennedy of Nashua. Paul was raised and educated in Nashua and made his home in Milford for more than 10 years and formerly lived in Brook-line, NH for several years.He was employed as a paver operator for Brox Industries, Dracut, MA for several years and had also been a long-time employee for P.J. Keating, Lunen-burg, MAHe enjoyed deep sea fishing, grilling, sketching, and watching television shows about the great outdoors. Paul took great pride in his work and was well known and highly respected for his skill and expertise.

In addition to his parents, family members include his wife, Patricia A. (Lescard) Kennedy of Milford; a stepson, Aaron Ward of Milford; a brother and sister-in-law, David and Misty Kennedy of Swanzey, NH; two nephews, Mat-thew and Anthony; a niece, Meckenzie; many aunts, uncles and cousins.There are no visiting hours. Funeral services will be held on Monday, November 25th at 10:00 am in Smith & Heald Funeral Home, 63 Elm Street, Milford, NH. Burial will follow in St. Patrick’s Cemetery, Hudson, NH.

To share a memory or offer a condolence, please go to www.smith-heald.com