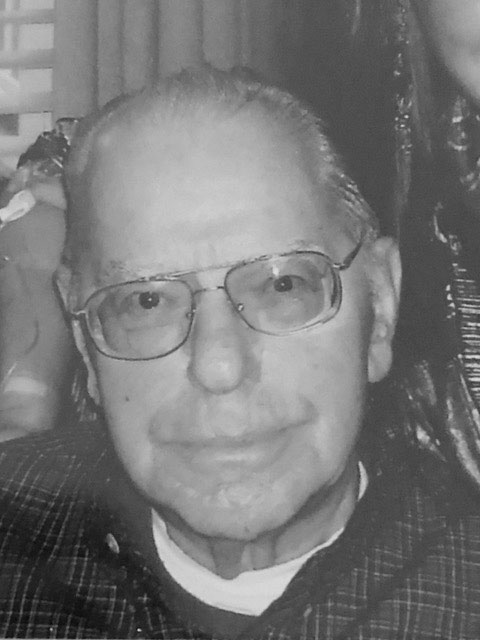 John Lavoie, Sr. died at his home on November 21, 2019 surrounded by family. He was born in Mount Carmel, Canada on June 26, 1927. He is the son of the late Joseph and Blanche (St. Onge) Lavoie. John enlisted in the Marines in 1945 at the age of 18. He served his country during World War II, in the Pacific Theatre of Operations; he also served during the Korean Conflict and held the rank of sergeant. He was very proud of his military career, as his family often heard him say, “Once a marine, Always a marine.” After serving in two wars, John eventually settled into life in Hudson, NH. He worked at Sanders Associates in Nashua, NH for 32 years as a logistics administrator, until his retirement.

On July 17, 1954, he married Elaine T. Fontaine, adopting her two children, Paul and Vicki. John and Elaine later had two sons: John Jr. and Jason. John was very involved in Hudson youth sports and started coaching in the Hudson recreation programs in 1966; he also served a term on the Hudson Recreation Commission. Many years later, he helped coach his own grandchildren in baseball and basketball. Well into his 80s, John was watching both his sons and grandchildren play sports. John was an avid Red Sox fan and enjoyed sparring with any relative who liked the Yankees. Watching the Patriots on Sundays with his family was another of his favorite pastimes. John enjoyed summer vacations on Squam Lake and travelling with family to Disney World and Cancun, Mexico, where he could always be found cruising the dessert table. John was a dedicated family man, and his humor and sage advice will be missed by all.

Visiting hours will be held on Monday, November 25th from 3pm – 7pm in the DUMONT-SULLIVAN FUNERAL HOME, 50 FERRY ST. IN HUDSON. A Service of Remembrance will take place on Tuesday, November 26th at 10am in the funeral home, with friends arriving at 9:30am. Burial will take place in St. Patrick Cemetery in Hudson. To share an online message of condolence, please visit www.dumontsullivan.com THE DUMONT-SULLIVAN FUNERAL HOME IN HUDSON IS IN CHARGE OF ARRANGEMENTS.