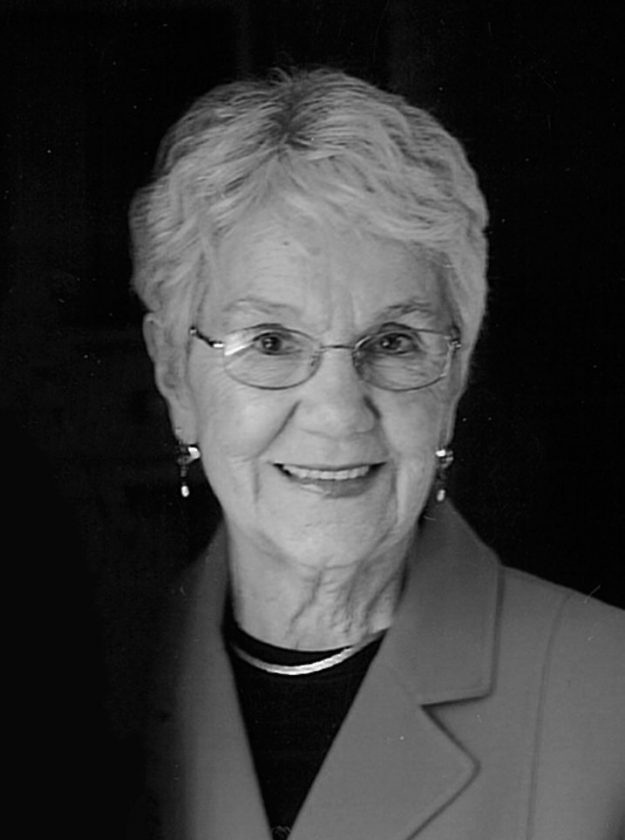 Known by her family and friends as “Rol”, she was born in Hudson, NH on September 1, 1925, the youngest of nine children of the late Eustache and Lumina (Guilmain) Chomard.

Mrs. Duquette was a graduate of the former St. Aloysius High School, Class of 1944 and was the poet of her class. She worked part-time at W.T. Grant’s all through high school, later at Nashua Corporation in the Tabulating Department for several years. After raising her family, Rol worked for the former Miller’s department store for 23 years. First as a bridal consultant for 13 years and then in the Boutique until the store closed in 1990.

She was an avid reader and loved to play Scrabble and Cribbage. Rol was a six- year volunteer at the Grey Nun’s Thrift Shop and was a member of the Bereavement Committee at Infant Jesus Church for many years.

Rolande and her husband Al, were married in 1948 and shared 55 years together until his passing in 2003. She was predeceased by her eight sisters and brothers-in-law, Antonia and Alfred Couturier, Lillian and James Slattery, Blaise “Bob” Gamache, Blanche and Bernard Holmes, Cecile and Joseph Caron, Jeannette and Ronald LeBlanc, her twin Fernande and Dearborn Wingate, as well as Rita and Therese Chomard, who both died in infancy.

Members of her family include her four children and their spouses, David Duquette and Ann Romenesko, Dennis and Nancy Duquette, Diane and James Cooper and Donna and Donald Crane; four grandchildren and spouses, Deirdre (Duquette) and Benjamin Imagire, Clinton and Jessica Cooper, Caitlin (Cooper) and Michael Aho, and Audrey (Crane) and Jesse Cargill; five great-grandchildren, Kahlil Imagire, Elon Imagire, Cooper Aho, Carly Aho and Maizy Grace Aho; also many nieces and nephews. She will be dearly missed by all who knew and loved her.

There are no calling hours. A Mass of Christian Burial will be celebrated at St. John XXIII Parish (Infant Jesus Church) 121 Allds Street, Nashua, Saturday morning, November 16th at 10 o’clock. Interment will follow in St. Louis Cemetery. Family and friends are invited to gather at the church. Donations may be made in her memory to: Infant Jesus Church, 121 Allds Street, Nashua, NH 03060.