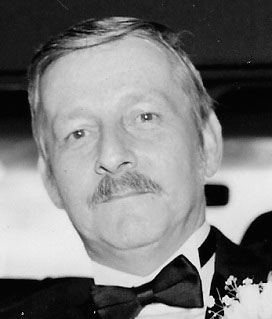 A native and lifelong resident of this city, Artie was born on April 5, 1944, son of the late Valmore D. and Anita (Richard) Beaudoin. Educated in Nashua schools, he attended Bishop Guertin High School and then served with the Marine Corps during the Vietnam War from April 20, 1961 to April 19, 1965. Artie was honorably discharged with the rank of Lance Corporal.

Artie was an automotive technician and had been employed at the Sunoco Service Station on Broad Street in Nashua for several years.

He was an active outdoorsman, who enjoyed fishing, hunting, camping, archery and horseshoes. Artie was a devoted and loving husband and father. He was a communicant of Immaculate Conception Parish in Nashua and held membership in the Veterans of Foreign Wars Post 5791 of Hudson.

Members of his family include his wife Pauline, whom he married on June 5, 1982 and shared 37 years together; three children and their spouses, Michel and Cheryl Descoteaux of Milford, Cecile and Thomas Ogle of Nashua and Ericca and William O’Brien of Seattle, WA; seven grandchildren, Joshua Ogle, Cameron Descoteaux, Ashley Caron, Zach Caron, Tyler Descoteaux, William O’Brien and Abigail O’Brien. In addition to his parents, Artie was predeceased by his sister, Doris M. Beaudoin.

Calling hours will be held at the FARWELL FUNERAL HOME, 18 Lock Street, Nashua, Sunday, November 17th from 11 a.m. to 1 p.m. A Mass of Christian Burial will be celebrated at Immaculate Conception Church, 216 East Dunstable Road, Nashua, Monday, November 18th at 10 a.m. Friends are invited to attend.