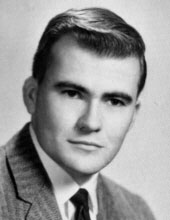 Peter Craig Taudvin, 82, died June 12, 2019 in Acton, MA of natural causes. He was surrounded by his loving family.

Peter was born March 26, 1937 in Providence, RI to Leone Duquette and Joseph Taudvin. He grew up in Cranston, RI with his two sisters, Lee and Diane. He cherished their regular, extended family gatherings at Grandmother Ruth’s farmhouse in nearby Foster, RI. He continued Ruth’s legacy with recollections of her strong character and loving kindness throughout his life.

Peter had a deep affinity with nature, science, reading, history, and conversation. He retained his great wit, charm, and kind demeanor to his final days. He was a storyteller, a humanitarian, Unitarian, singer (a profound memory singing Carmina Burana with the Detroit Symphony outdoors), devout Red Sox fan, and nature photographer. He is remembered as a steadfast husband, father, grandfather, brother, and friend. He didn’t miss an opportunity to tell others how special they were and treated all with dignity.

Peter met his wife, Lois Countway, at the University of Rhode Island in a production of the musical Brigadoon. They married in 1960 and had four children.

Peter earned his BS in physics from the University of Rhode Island and MS from the University of Maine, Orno. The highlight of his early career was as a government research physicist in Birmingham, MI where he had the pleasure of meeting Neil Armstrong while designing an experiment for the NASA space shuttle. He finished his career in Massachusetts in the green energy industry.

In lieu of flowers, please make donations to The Environmental Defense Fund (www.edf.org).

A memorial will be held for Peter at a later date.

Arrangements are under the care of Dee Funeral Home & Cremation Service of Concord, MA. Please email Dee Funeral Home at caring@deefuneralhome.com for more information. To share a remembrance of Peter in his online guestbook, visit www.DeeFuneralHome.com.