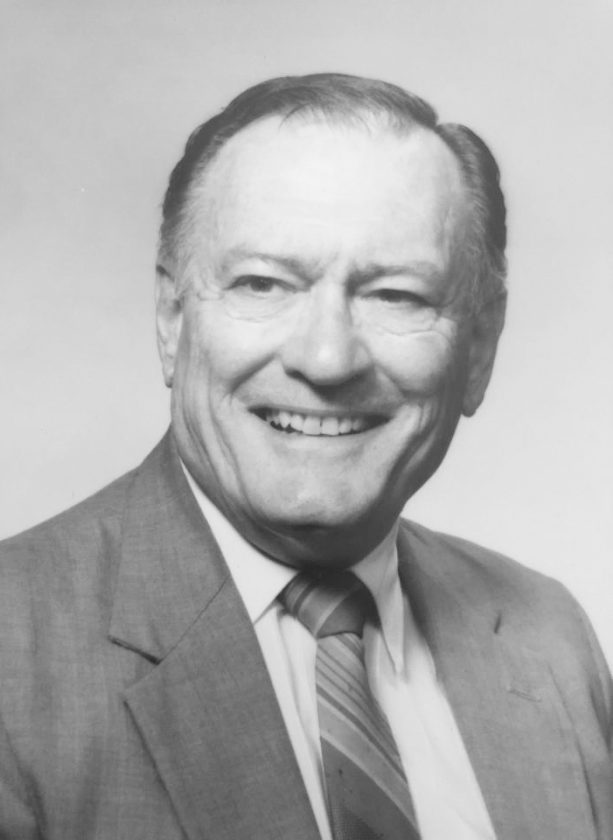 Richard A. Bowker, 90 of Nashua, New Hampshire, better known as Dick, died peacefully by his wife Peggy’s side on September 17th. Richard was born at home on April 4, 1929 in Cedarhurst New York to parents Emma and Edward Bowker. Shortly after his birth, Merrick New York became his childhood home.

He attended Mepham High School in Bellmore New York, where he met his lifelong sweetheart, Peggy.  Upon graduation in 1948 the two married on May 29th, 1949. Settling first in Seaford and then Merrick, New York, they started a family in 1954.  By 1961 the couple had three children, Russell, Theron and Amy.

In 1968 Richard and his family moved to Amherst, New Hampshire.  Spanning over the course of forty years he pursued his passion, a career in the aeronautical, aerospace, and national defense electronics industry, working with Sperry Gyroscope, Coleman Aerospace, of New York and Sanders Associates (now BAE), Sanders Technology and McGraw Edison all of southern New Hampshire.

In 1971 Richard became a justice of the peace and started his own business, Ceremony Services.  He orchestrated and conducted over two hundred wedding ceremonies for over forty years.  During his last twenty years of service he became the select justice of the peace for the exclusive country club of Sky Meadow, Nashua, New Hampshire.

Richard was active with the United Methodist Church of Milford, New Hampshire and served as a lay leader and was a member of the church choir.

Shortly before retirement from the aerospace industry in 1988, Richard acquired his residential real estate license and sold real estate for ten years.  He then gladly supported his wife Peggy, a realtor herself, to help enhance her success and joy in the industry.

Starting in 2005, for the next twelve years, Richard joined forces with United Field Chase of Boca Raton, Florida, traveling throughout the New England territory on various assignments as an investigative agent.  He proudly conducted his last assignment in early September of this year.

Among his many interests, pursuits, and talents. Richard was born with a divine gift; an exquisite singing voice.

He sang in the highly acclaimed Mepham High School choir with his high school sweetheart Peggy.  He entertained by singing at countless social events. At the age of 25, Richard made a professional recording in New York singing the “Days of Wine and Roses”.  It was at this time that he was given offers to go professional.

As a young boy, Richard was always captivated with airplanes, air flight and space travel.  At the age of twenty he took flying lessons and soon was up in the air flying a small three seater airplane himself.

He was an avid bird and nature lover and enjoyed attracting all varieties of birds to his meticulously maintained bird feeders around the house.

For ten years 1948-1958 combined, Richard served with the National Guard and Naval Reserve. He was a true American patriot and was a walking wealth of knowledge when it came to American and world history.

During his childhood, teenage and into the early years of his marriage to Peggy, Richard loved the Atlantic Ocean, where he spent countless days over many summers at Jones Beach and Point Lookout on the coast of Long Island, New York, this location soon became his family’s favorite.

Richard was a dedicated husband, father and friend bringing warmth, spirit, fun and love to all that knew him and spent time with him.  He was an inspiration and left us with a beautiful impression. He is and will be deeply missed and forever remembered.

SERVICES: A celebration of Richard’s life will be held on Saturday October 26th at 11 a.m. at The First Church, Congregational UCC, One Concord Street, Nashua, NH 03064. Family and friends are invited to attend a reception following the service.