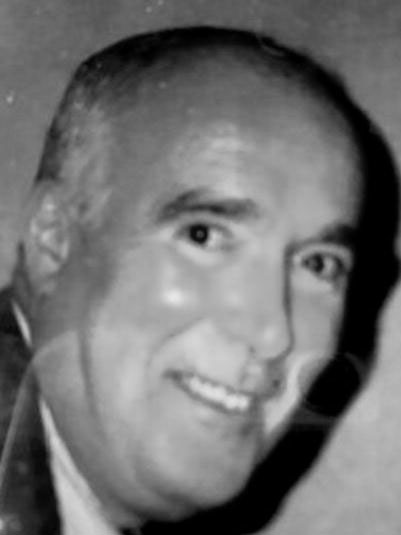 He was born in Brattleboro, Vt., on April 19, 1940, the third child of Francis D. and Laura (Boyle) Lyons. He was raised in a loving Irish Catholic home there. John had a strong and quiet faith. He was a very good athlete and captain of his high school basketball and baseball teams, and a stand-out pitcher at Saint Michael’s High School.

After graduating from high school in 1958, he attended Saint Michael’s College in Burlington, Vt. He graduated in 1962 with a Bachelor of Arts in Business. After graduating, he was drafted into the Army and served with honor from 1962 – 64.

After his military service, John met the love of his life on a blind date in Boston in 1964. John and Georgie were married in 1965, and they raised their four children in Amherst, NH, for 30 years.

John had a long and successful career at Sanders Associates in Nashua working in the defense industry. He retired from BAE. John had a strong work ethic and plenty of energy, but often said, “Do you work to live or live to work?” His family always came first. John lived a life filled with family and friends, laughter and love. He had a great sense of humor, natural kindness, and was always a champion of the underdog.

John was an avid outdoorsman and loved to fish and hunt. John and Georgie began to visit Pittsburg in 1968. They bought the family camp there in 1970 and have had a lifetime of wonderful times.

With a great appreciation of natural beauty, in retirement he drove cross-country with his best friend, Georgie, on a two-month adventure. They also part took on two trips for eight weeks of adventure traveling throughout Ireland.

Also in “retirement,” they moved to Pittsburg in 2000 and founded Beartree Cabins, Murphy’s Steakhouse and The Glen at Beartree in 2001.

John is predeceased by his parents, his sister MaryEllen Shield, and his brother, Francis D. Lyons.

Calling hours will be on Sunday, Sept. 1, 2019, from 2 to 5 p.m. at the Jenkins & Newman Funeral Home in Colebrook. A Mass of Christian Burial will be celebrated Monday, Sept. 2, at 11 a.m. at St. Albert’s Church in West Stewartstown. Burial will follow in the Lakeside Cemetery in Pittsburg.

Expressions of sympathy in memory of John may be made to the Northwoods Home Health & Hospice, 536 Cottage St., Littleton, NH 03561; or to the Missionaries of Charity at www.motherteresa.org.

Condolences may be offered on-line by going to www.jenkinsnewman.com.